What do YOU do when a massive hog starts tearing up your yard?

For this 17 year old? That’s a no-brainer: grab your gun and bag him.

A Virginia teenager shot dead what was potentially the largest-ever feral hog – 545 pounds, six feet and 10 inches long – in the state.

Breeden snatched up his rifle and went outside to face the vandal, which he then says ‘charged him.’

He told the Roanoke Times: ‘When he came up to me the way he did, I had no choice but to shoot him.’ [Jacob] said he was scared for himself and his nieces and nephews in the house. –DailyMail 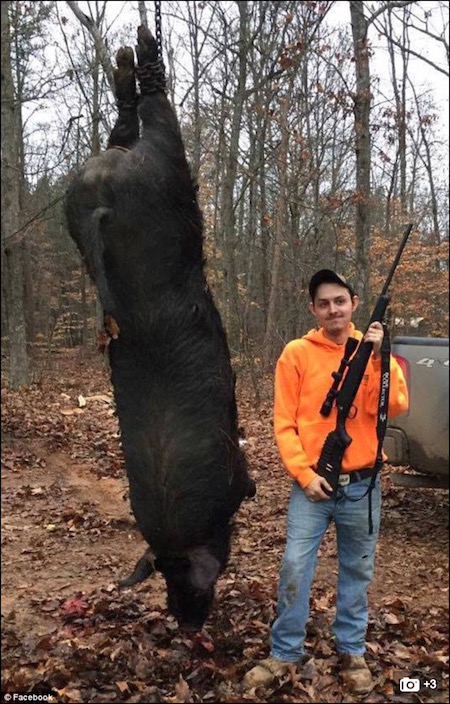 At seventeen… he’s the envy of other hunters.

Definitely NOT a pussy.

If someone you know is a little too pussified? Don’t worry. There’s still hope: