Jenna Jameson has no problem expressing her opinion — especially if it isn’t politically correct.

She has been defending President Trump’s statements on what’s happening in the multicultural ‘Mecca’ of Sweden.

It all began on Monday evening… 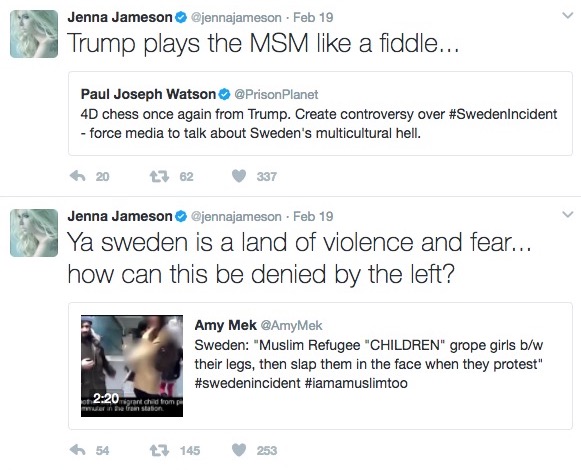 She was attacked and told that she was wrong about ‘Muslim Rape Gangs’. 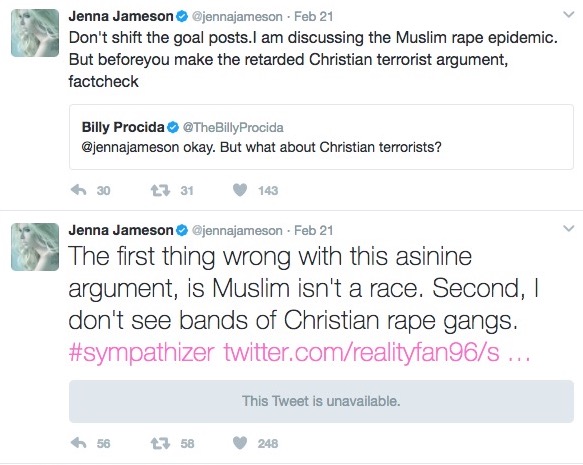 Jameson is accused of ‘Islamophobia’ and hating Muslims.  She punches back:

The Media (D) then seized on this pair of tweets and absurdly suggested that she was ‘defending’ the KKK. 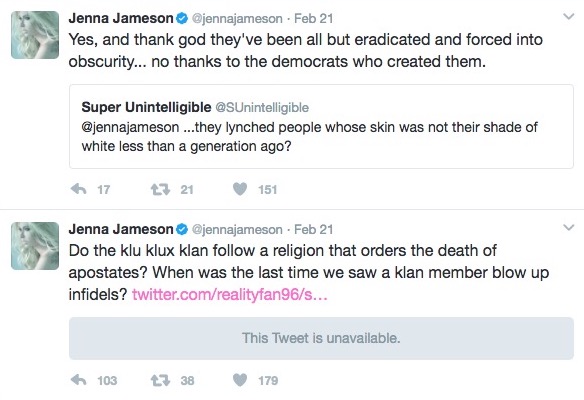 Jameson defends her views on Islam:

‘Taqiyya’ is the term used in Islam whereby Muslims are permitted, and in some cases encouraged, to lie to non-Muslims. 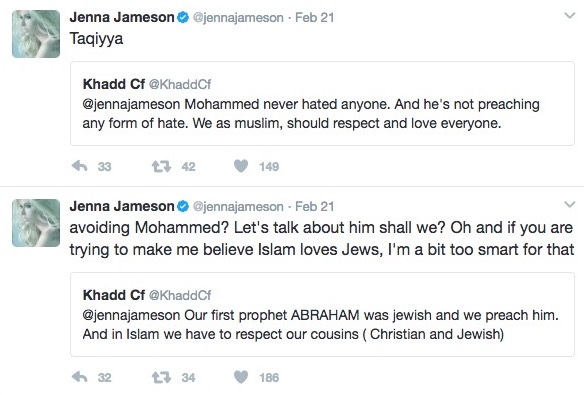 When accused of ‘preaching hate’ she counters: 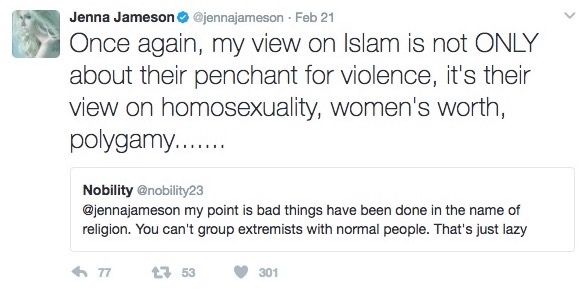 Jameson, a convert to Judaism, is planning on moving to Israel with her husband.

The Fake News reports misrepresenting Jameson’s tweets regarding the KKK.  She reacts: 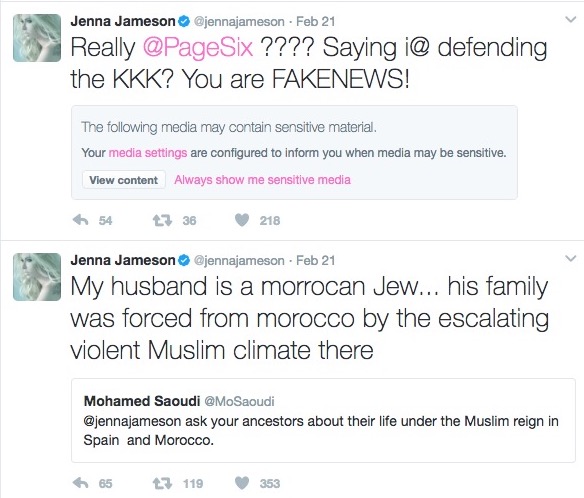 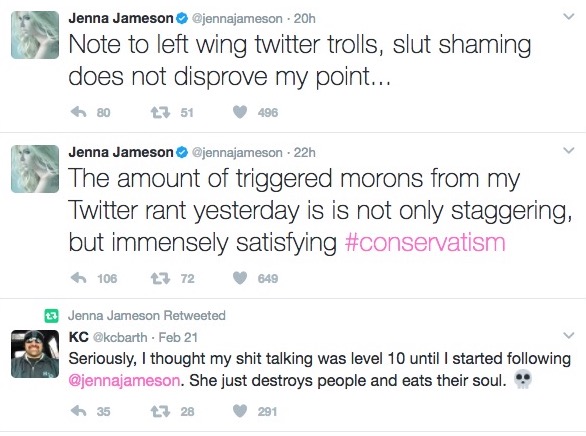 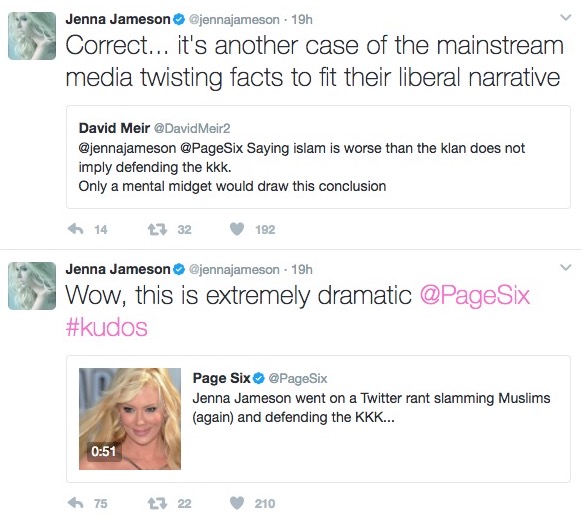 What do you think of Jameson’s tweets?

Did she go too far?

Was she right on track?