It seems today’s media is having ‘trust issues’. Imagine that!

In a Fox News poll that had their respondents choose between Trump and the Press for who they considered more trustworthy, more chose Trump… and that is DESPITE (or maybe because of?) the endless drip-drip-drip of negative news stories they’ve thrown at him. 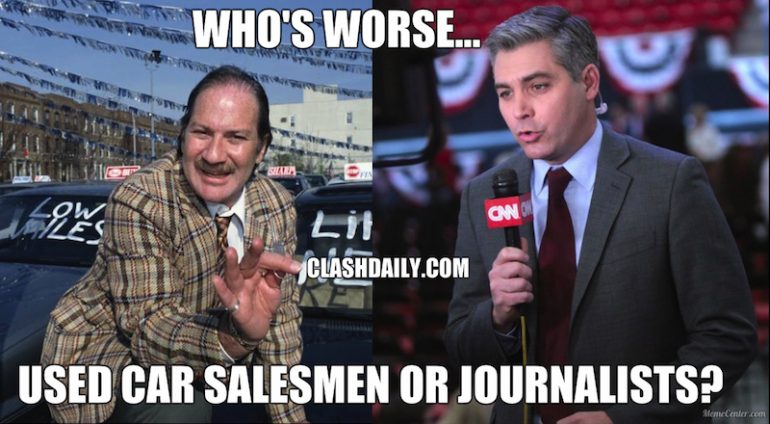 Instead of the either or between Trump and the press, let’s have some fun and ask the same question differently.

Of the two professions that get called out for their — let’s call it ‘shading’ of the truth — which one do YOU trust more?

You probably want more detail about the Trump vs. Journalist results.

First the dry one:

Roughly 45 percent of the poll’s 1,013 registered voters surveyed between Feb. 11 to Feb. 13 said they trust Trump’s administration more than reporters covering the president’s administration to “tell the public the truth.” Approximately 42 percent of voters sided with the reporters over the president, while 10 percent chose neither, two percent chose both, and one percent said they “don’t know.”

Now the INTERESTING stat that came out:

Both quotes came from a story at Lifzette.

Which Profession Do YOU Trust More?