Behold: another EPIC fail of the Leftist haters! What they cannot control, they must destroy. Is there any instinct less ‘American’ than that one?

They WANT to destroy Ivanka. (They’d REALLY rather destroy her father.) But it is not within their power to do so.

And the reason (one we could explain to the left a hundred times without them grasping it) it is not in their power to do so is that Commerce is VOLUNTARY.

In their bullying attempt to force stores NOT to carry Ivanka’s brand, they have been ADVERTISING her brand FOR her.

Not everyone who sees their #GrabYourWallet boycott list actually OPPOSES Ivanka. Some are actually disgusted by their Anti-American bullying tactics and are motivated to BUY her brand when they might not otherwise have done so.

Judging by the numbers, this is Exactly what happened here.

In the categories of Women’s Fragrances ‘top sellers’, spots One AND Three are taken by…? 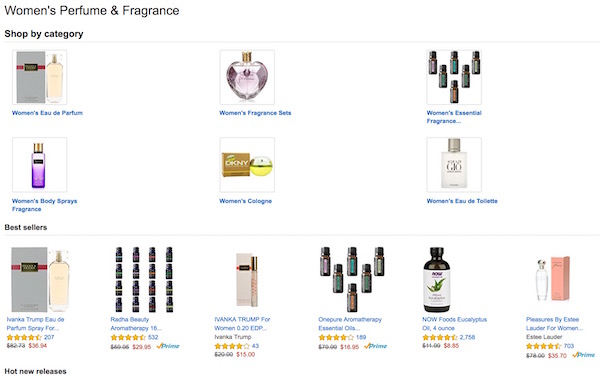 So we actually ENCOURAGE the haters to keep that ‘grab your wallet’ campaign going.

Keep showing the world what petty bullies you REALLY are. It’s one of the strongest argument out there for abandoning leftist loyalties. You’re making our job on the right SO much easier!

Would a gift be an appropriate thank-you? There are some lovely women’s fragrances available that you might like.