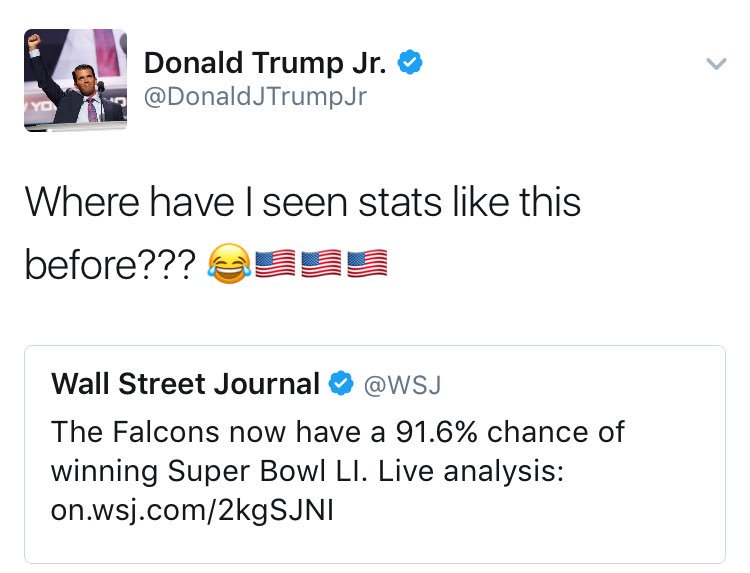 On Election night, The Huffington Post published this image which was screen-grabbed for posterity: 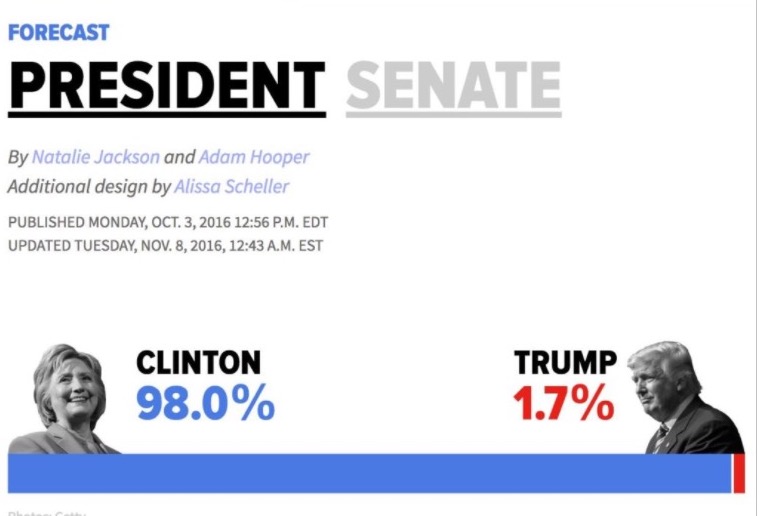 There were tons of responses, like this one with the hashtag #GOAT (meaning Greatest Of All Time):

@DonaldJTrumpJr Have you ever seen a single picture with SO MUCH WINNING? #MAGA https://t.co/VpWTa069nk pic.twitter.com/RkhxBbu2Rg

Don't worry Mr. President, I got this. #SuperBowl pic.twitter.com/rBhRiuFwzi

What an amazing comeback and win by the Patriots. Tom Brady, Bob Kraft and Coach B are total winners. Wow!

It just shows you that you can’t ever count the Patriots out.