Liberals are going all-in with protesting President Trump. The elites are using their ‘star power’ to bring in the sheeple — sorry — people.

Russell Simmons, uber-rich co-founder of Def Jam Records, is the latest one using his influence to oppose President Trump.

Simmons isn’t a fan of the Temporary Travel Ban that was recently stopped by the 9th Circuit Court.

He’s decided to support Muslims by holding the ‘I Am A Muslim Too’ protest in Times Square.

Because of their ‘privilege’. 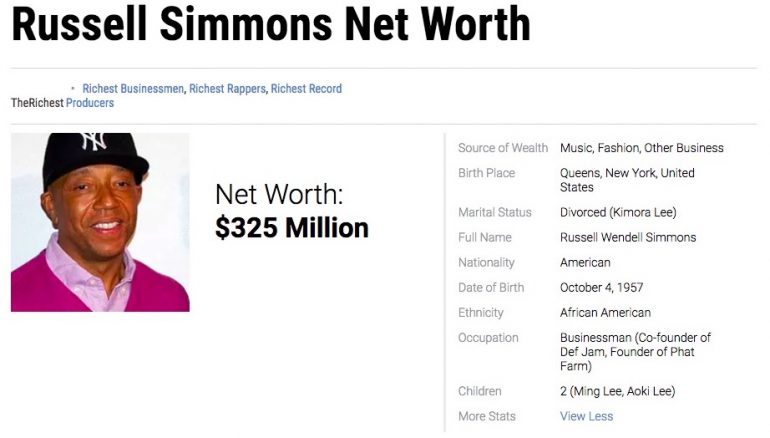 Simmons said that ‘everyone except white privileged males are in immediate danger.’

Women’s March on Washington organizer Linda Sarsour and MuslimGirl founder Amani al-Khatahtbeh will speak at the event, along with Rabbi Marc Schneier of the Foundation for Ethnic Understanding and Imam Shamsi Ali of the Jamaica Muslim Center.

“Everyone except white privileged males are in immediate danger,” Simmons said in a statement. “African Americans, women, Latinos, Asians and LGBTQ are all at risk, but there is no freedom in that privileged status either because the spirit of the oppressor is oppressed as well.”

“We are living in a time when unity will make America great,” he added. “This is a special moment for all Americans of good will to band together to promote the kind of compassion and equality for others that we want for ourselves.”
Read more: Breitbart

He’s got bright lights in the fight for freedom, such as Sharia-loving, terror-group-connected ‘feminist’ Linda Sarsour, who has wanted to remove the vaginas of conservative women, said that Americans are focussed on ‘little things’ like women not being permitted to drive in Saudi Arabia, rather than the extensive maternity leave they get in that country. She recently called both President Trump and Prime Minister of Israel, Benjamin Netanyahu ‘bigots. 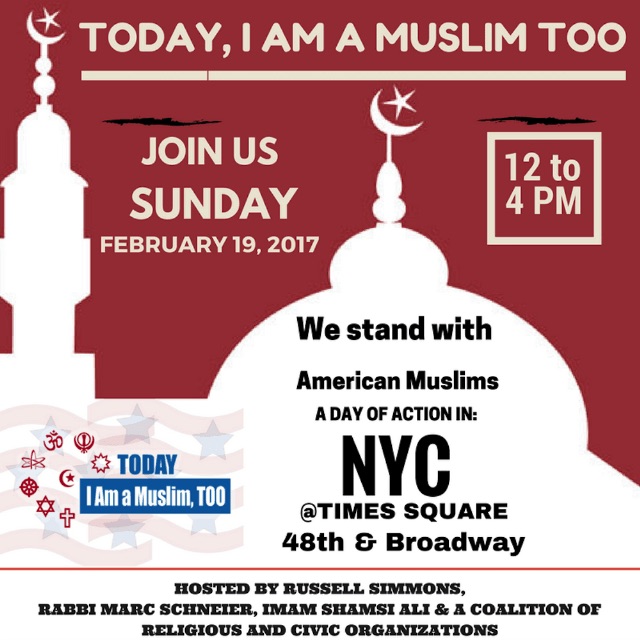 We the people declare Trump’s ban as morally, politically, economically, and ethically unconstitutional. Trump did not win the popular vote and does not represent the voice of the people. We have taken to the streets in record numbers to remind him of this every day of his presidency —- swaying many of our senators, mayors, assembly members, and members of Congress to join the resistance from within. Trump’s hateful ban violates international law by openly endorsing discrimination against one targeted religion. That is not the country most of us identify with. Many of our communities are rich melting pots of diversity and respect for all religions…

…As a yogi, I feel and believe all Americans should feel personally threatened by Trump’s choices to target Muslims. Targeting any one of us is in fact targeting all of us.

The people united cannot be divided. See you there.
Read more: Global Citizen

When did Russell Simmons become a constitutional scholar?

Here’s what Hans van Spakovsky, an immigration law expert at the Heritage Foundation had to say:

“There’s no constitutional issue here. There’s not even a federal statutory issue,” Van Spakovsky said. “There’s just no way anybody could question that because they’ve got 100 percent authority over immigration. And they [Congress] gave to the president, they delegated the ability to suspend the entry of any alien into the country and that executive order falls fully within that statute.”

As for the order not including majority Muslim countries such as the UAE, Van Spakovsky pointed out the governments in those countries are able to work with the U.S. to thoroughly vet immigrants applying for American visas. That’s not the case with the countries included in Trump’s order.

“This doesn’t go after all the countries in the world from where terrorists have sprung. It goes after the seven worst countries in the Middle East, all of which are failed or failing countries,” Van Spakovsky explained.
Read more: The Blaze

Well, that’s awkward having facts and all.

It boggles the mind that all these progressives think it’s ok to stand with a religion that kills people for being gay, restricts women’s rights and has a really hard time with democracy.

Just look at what happened to this Canadian lesbian lefty politician when she spoke at a mosque.

And as for Mr. Simmons statements against white males, the word ‘tolerant’ doesn’t seem to describe him very well.