Curt Schilling is taking a run at Elizabeth Warren’s job, and he just BLASTED her but GOOD!

FauxCahontas has been upgraded, it seems, to ‘Liawatha’.

And Curt Shilling isn’t afraid to call her out on it.

Warren, a favorite politician among the liberal activists, represents “everything we hate about politics,” the former Red Sox pitcher said during an radio interview on the Larry O’Connor show. Schilling thinks he could be successful against Warren because of the “disconnect” between the politics of average voters in Massachusetts and the senator’s left-wing beliefs.

“As I talk about potentially running for Senate and running against ‘Lieawatha,’ I’ve talked about the fact that the population in this state does not match the politics,” Schilling said. “There is no way that the fishermen on Cape Cod are Elizabeth Warren fans.” — HeatStreet

He’s a straight shooter that got blasted out of ESPN’s leftist enclave for daring to have (the wrong) opinion on the transgender bathroom issue. 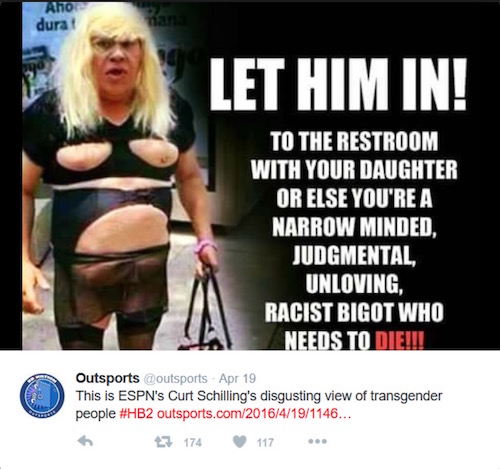 We’ve got the lying and race-baiting (even MLK’s NEICE said so!) Elizabeth Warren facing off against a (Literal!) Major League Opponent in Curt Schilling.

There’s room in the comments to give the reasons for your answer.