Hollywood is imploding, and they don’t even know it.

How bad is it getting in Hollywood?

They were pretty proud of themselves when they piled on Trump at the Academy Awards.

They REALLY gave him ‘what for’. ‘Take THAT, Mr. President!’

There was only one problem with that. You guessed it:

The 89th Annual Academy Awards brought in an average of 32.9 million viewers on Sunday night, according to ABC. That number is the second lowest viewership in Oscar history and is down from the 2016 broadcast, which brought in 34 million viewers.

Sunday’s show is lowest rated Oscars since 2008 where Jon Stewart hosted and “No Country For Old Men” won Best Picture. That broadcast brought in 32 million, according to Nielsen.
Read more: CNN

How bad is it? Not that we often quote Vanity Fair very often here at ClashDaily, but their panicky headline from last summer gives us some GREAT context:

Someone can probably update us in the comments whether they were able to reverse that trend. (If they care.)

The point is, the cash is drying up. It’s in a downward trend. (Read: ‘spiral’)

Video Games and Television are on the rise.

But the Movie house is Old News… and mostly because they’ve become odious trolls who are more intent on Telling us how we OUGHT to think than giving us value for our entertainment dollars.

What will they do when those entertainment dollars dry up, and nobody wants to watch them play dress-up anymore?

Those of us who voted for Trump will be too busy laughing to care. 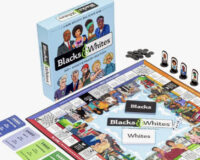