The protests against Conservatives speakers at college campuses has escalated in recent years. It’s no longer ‘peaceful protesters’.

Since Conservatives CRUSHED liberals at the ballot box, claiming not just the White House, but practically everything else, the Liberal attack machine has ramped up to Defcon 4.

They’re not even PRETENDING to be peaceful anymore.

The whole ‘they go low we go high’ line was a lie.

Here is the moment Gavin McInnes arrives and is sprayed with Pepper Spray:

It’s not like Gavin is a pushover, either. When protesters tried to block him from going to one of the inaugural balls, he threw down with one of the protesters. (He was actually offended by an ‘anarchist’ holding flag on a legally compliant cardboard tube.)

But in neither case did he START anything. He was targeted by an angry mob who had nothing more productive to do with THEIR free time than to disrupt someone ELSE’s plans on THEIR free time.

Watch this New York University Professor yell at the Police for not beating up Gavin McInnes:

University Professors are NOT what they used to be. What a nutcase! Did she miss a dose of a mood stabilizer?

Screaming ‘fascist’ while demanding that police beatup people they disagree with.

Let that thought sink in. Now consider the fact that she actually TEACHES young and impressionable minds.

The media is compliant. They excuse riotous, criminal behavior and mislabel it as ‘protest’. That’s a lie, and a disservice to ACTUAL, Peaceful protests.

We’ve got these guys ADMITTING that attacking people, Setting fires and breaking stuff is all part of the plan.

They were offended and demoralized at the prospect of facing REAL jail time.

Which is what they SHOULD face. As should the people gathering her to assault people exercising their right to freely assemble.

Speaking of that PARTICULAR right, CNN doesn’t seem to think it applies to at least ONE homosexual man. If he were a LEFTY, the rainbow Gestapo would cry bloody murder. But he doesn’t play for their team, so to hell with him… right?

In wake of Berkeley rioting and assaults, CNN investigates the ‘hate speech’ of Milo Yiannopoulos 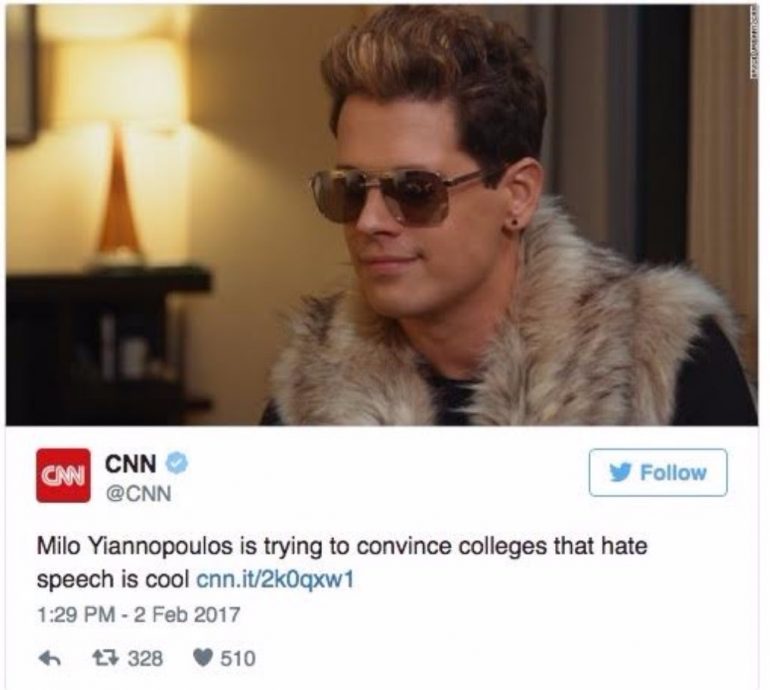 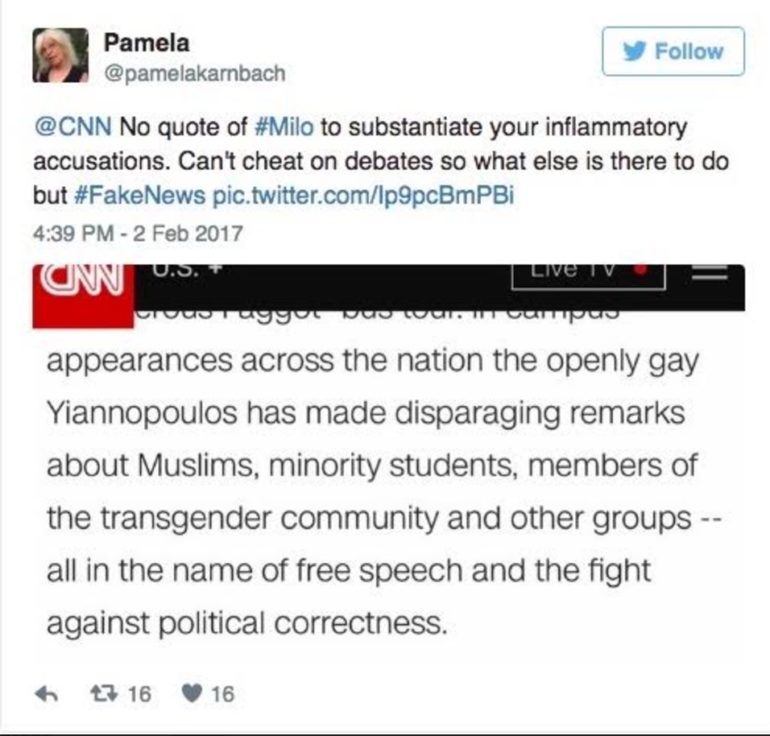 The irony of crowds chanting ‘Nazi’ and ‘KKK’ while obstructing the free speech of a Gay Jew is absolutely breathtaking.

Great, you just broke another one. Thanks.