This woman is forfeiting the opportunity to win $100,000 and bragging rights as a world champion. Is her reason worth it? She thinks it is.

The current American chess champion, Nazi Paikidze-Barnes, is fighting the oppression of women.

She has decided to boycott the Women’s WOrld Chess Championship because it is being held in Iran and in order to compete, she would have to wear a hijab.

She made several statements in various places, one to the founder of a group that is organizing against Iran’s hijab laws, to Marie Claire magazine, and on social media.

“By participating, I would be forced to submit to forms of oppression designed specifically for women,” Nazí Paikidze insisted. “It sets the wrong example, particularly for young girls interested in chess.”

“I will NOT wear a hijab and support women’s oppression,” she said. “Even if it means missing one of the most important competitions of my career.”

“I think it’s unacceptable to host a WOMEN’S World Championship in a place where women do not have basic fundamental rights and are treated as second-class citizens,” she has said in an Instagram post. “For those saying that I don’t know anything about Iran: I have received the most support and gratitude from the people of Iran, who are facing this situation every day.”

She also retweeted this post showing the Swedish women that will be competing: 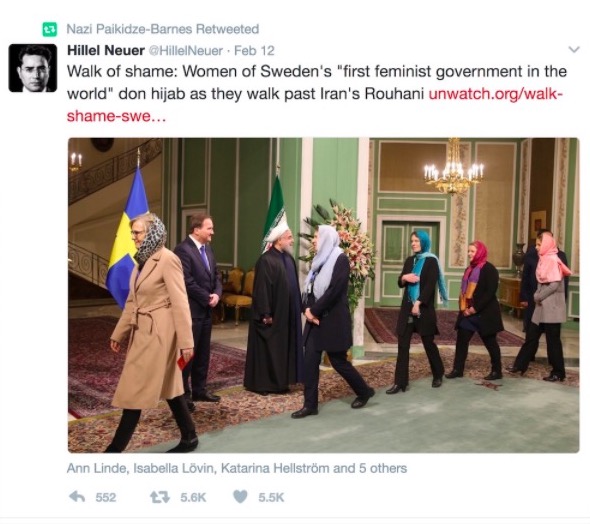 A message to the people of Iran: I am not anti-Islam or any other religion. I stand for freedom of religion and choice. ✌️ I’m protesting FIDE’s decision not because of Iran’s religion or people, but for the government’s laws that are restricting my rights as a woman. My personal experiences with Iranian people have been nothing but wonderful ❣️ One day I hope to visit Iran and see women having complete freedom and equality. ?

Just to note, the US Chess Federation was also questioning the decision to hold the tournament in Iran.

In an open letter, The President of US Chess said this:

…we found it peculiar that FIDE (the world chess federation) held itself to the world as being opposed to discriminatory treatment and as a guardian of equal rights, only to award the Women’s World Championship to a country that resides at the center of controversy concerning the fair and equal treatment of women. We continue to find FIDE’s actions peculiar…