Obama’s most dangerous legacy is ALREADY being reversed.

As YUGE as the Wall is, or Repealing and Replacing Obamacare would be, there is ONE Obama legacy that is (literally) even Bigger than those.

Obama’s DEBT legacy. Here is a helpful graphic to put his FIRST term in perspective: 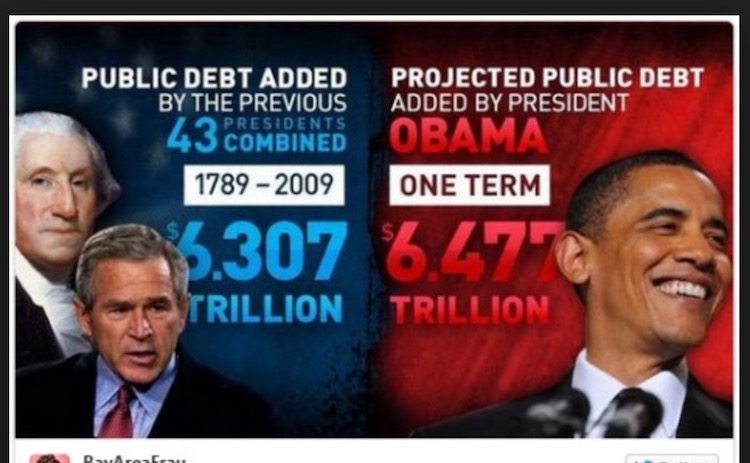 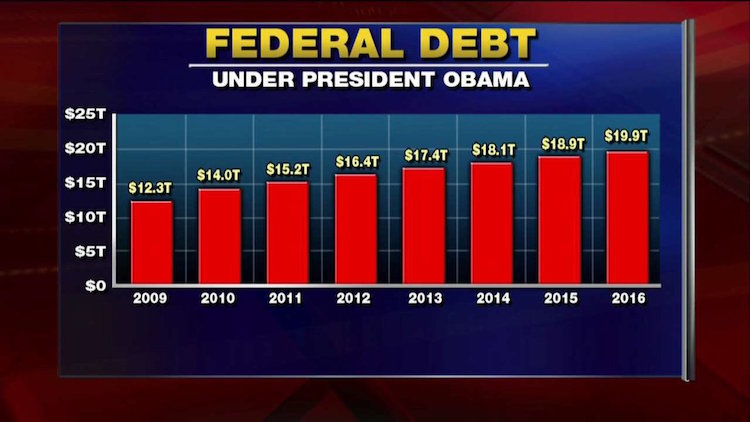 Now that President Trump is in office, where are those numbers trending?

For those of you who like the line-by line breakdown, we have one of those, too! 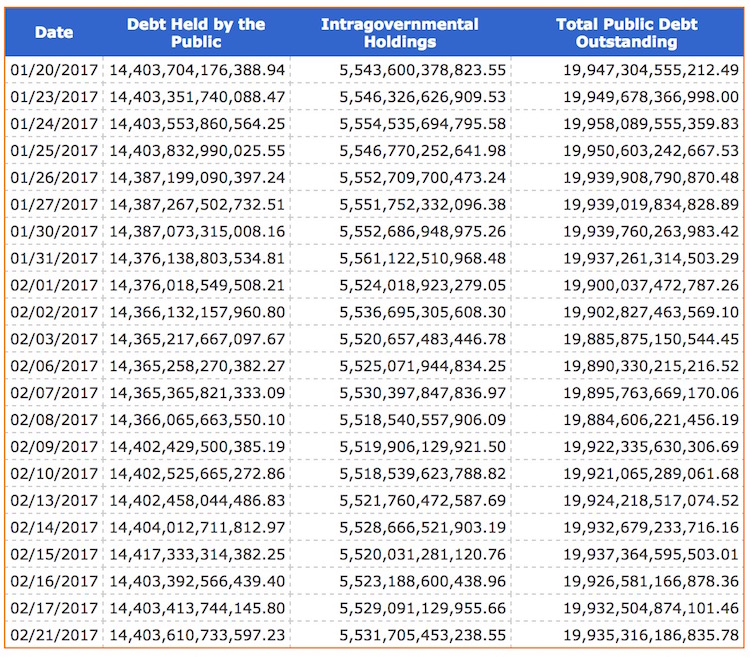 How do we feel about the Debt our kids and grandkids will have to pay getting SMALLER?