The House Minority Leader and über-Progressive from California said that Dubya was ‘one of the best presidents on immigration’.

“George W. Bush was one of the best presidents on immigration, in terms of the respect that he has for people and the policy advocated he couldn’t persuade his party,” she said during an interview with Politico on Friday.

Pelosi said Democrats will work with Republicans when they can find common ground, even though that common ground is rapidly shifting.

“We have a responsibility to find common ground and I did with Speaker [John] Boehner as well,” she said.
Read more: Washington Examiner

Well, maybe it’s not such a surprise.

Pelosi and Bush seemed to get along quite well: 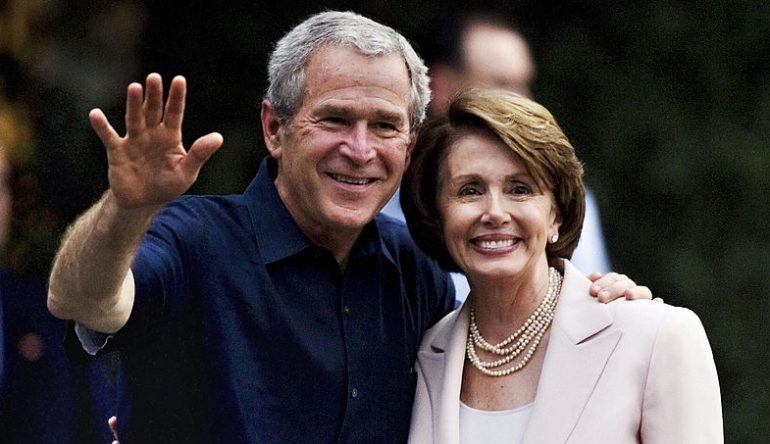 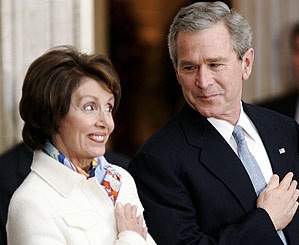 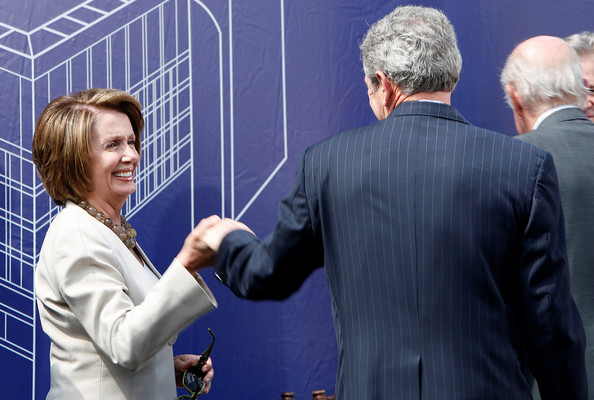 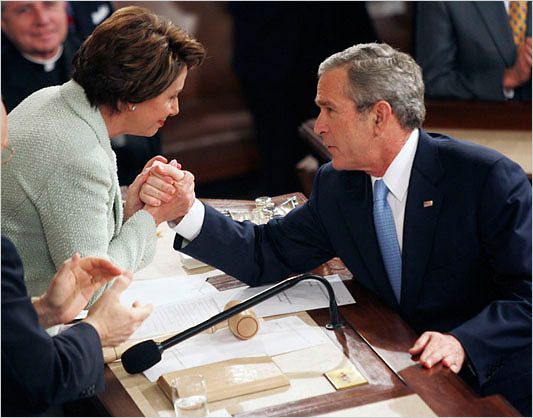 But… Dubya’s policies were somewhat similar to President Trump’s in some ways:

Look at his 5-point plan on Immigration:

In 2006, I gave the first-ever primetime presidential address on immigration. “We’re a nation of laws, and we must enforce our laws,” I said. “We’re also a nation of immigrants, and we must uphold that tradition, which has strengthened our country in so many ways.” I then laid out a five-part plan to reform the immigration system:

Read more:  On The Issues

And here are some of Trump’s statements on Immigration:

Read more: On The Issues

Maybe this is the reason Nancy fancies Dubya:

Bush 43 was ok with a ‘Pathway to citizenship’, which Trump called a ‘GOP suicide mission’.