Is this Hillary’s new post-election loss look? Is she using the ‘edgy’ style to lead the ‘Resistance’?

Or did she just steal it from Bon Jovi?

But is Hillary reciprocating by copying the singer’s hair and clothing choices? 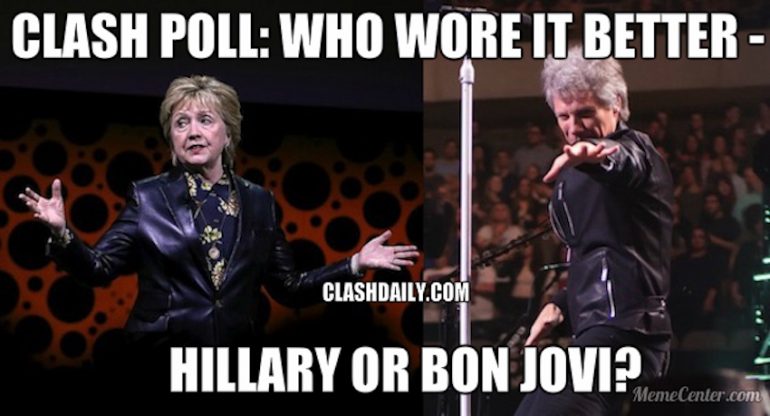 CLASH POLL: Who Wore It BETTER - Hillary Or Bon Jovi?

We’re pretty sure that she misunderstood the lyrics for the Bon Jovi song ‘Lie to Me’ and thought it was an instruction manual on how to run a Presidential Campaign.

Ever since that embarrassment, Hillary’s been out of the public eye.

Leather-clad Hillary with her new haircut gave a public speech and guess what she had to say?

A spirited Hillary Clinton took on the Trump administration Tuesday in one of her first public speeches since she lost the presidential election, criticizing Donald Trump and his spokesman Sean Spicer on everything from health care to their treatment of women.

Cracking jokes about her November defeat and her months out of the limelight since, Clinton spoke to thousands of businesswomen in San Francisco, joking there was no place she’d rather be, ‘other than the White House.’

…Clinton has kept a low profile after Trump defeated her for the presidency, except chiefly for sightings while she took walks outdoors with her husband, former President Bill Clinton.

She said earlier this month that she intended to start speaking out again on public issues.

On Tuesday, she urged voters to resist Trump policies that she said included suspicion of refugees and voter suppression in some areas.

‘These are bad policies that will hurt people and take our country in the wrong direction,’ Clinton said, relaying what she had become one of her mantras since the November election.

‘It’s the kinds of things you think about when you take long walks in the woods,’ she said. ‘Resist, insist, persist, enlist.’
Read more: Daily Mail

Her’s a reminder that it was Bon Jovi that said that ‘We Weren’t Born To Follow‘:

We’ll keep that in mind.

Perhaps HRC is just taking a page out of Phil Spector’s book by making her fandom known: 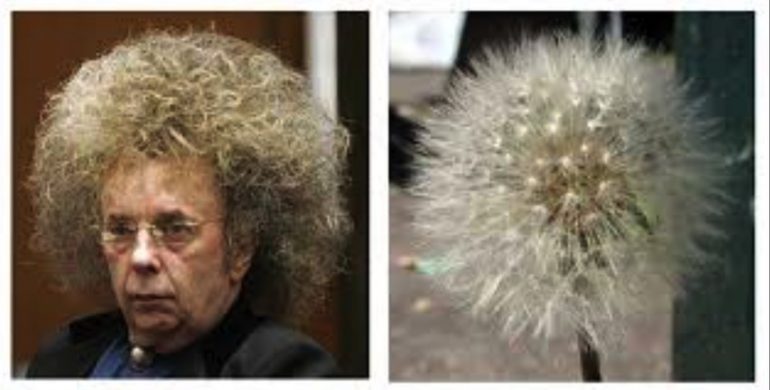 She’s actually done this lots of times before.

With another rocker, Joe Elliott of Def Leppard: 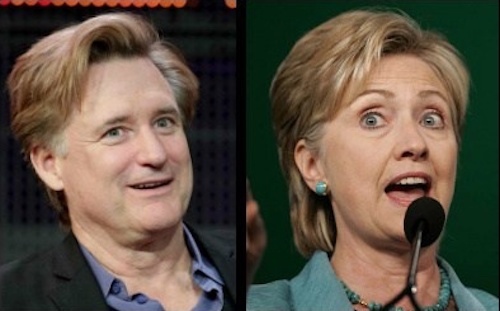 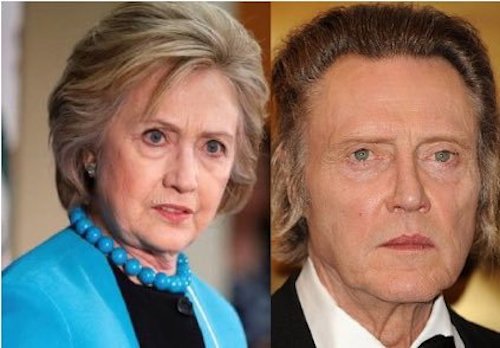 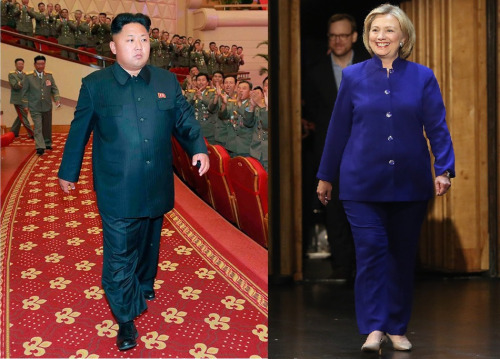 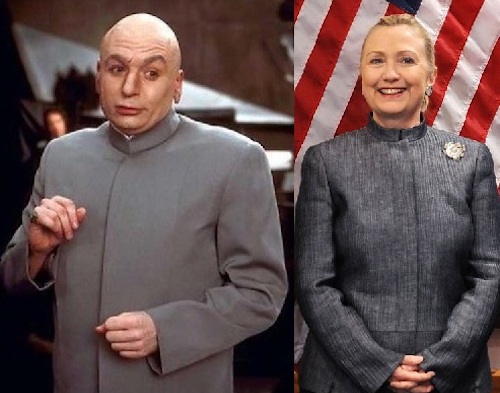 So, it’s really nothing new.

What do you think of Hillary ‘appropriating’ the look of Bon Jovi?

And remember to take our Clash Poll!

Has it become pussified?

We know his politics have been.

Fight the pussified, aging rock stars and their uber-liberal worldview.