Or… “how to make the Media eat their own crap sandwich.”

The totalitarian Left weaponizes the internet — And the Right makes it boomerang. Elegant in its simplicity.

After of a multi-generational Monopoly on news outlets, the internet has Democratized information.

Since the Left’s agenda REQUIRES a stranglehold on the narrative — and therefore silencing those who would cast doubt on it — they needed to find a tool to re-establish their dominance.

Their bright idea? Call out nonconforming media sources as ‘fake’.

Do you have evidence and citations? Still “fake”.

Is it an OPINION piece? Apparently, even Opinion can be fake, now too. Somehow. Even our Hippo fights Hyena story was flagged as ‘fake’ by one of these yahoos.

What are they thinking — was it some guy in a hippo suit?

Nope, they just want to SILENCE all dissent.

Because Orwell is their hero. News flash to CNN, Maddow and all the rest:

But the Left is desperately trying to reassert their monopoly.

Especially now that they got spanked in the election.

By assigning political hacks — who themselves have a strained relationship with the truth — as the gateway for which news is ‘fake’, they can suppress the voices poking holes in their narrative.

This topic has been explored at some length before. Here’s a sampling:

BREAKING: Facebook ‘Fact-Checker’ Accused of DEFRAUDING Website To Pay For PROSTITUTES (That would be the beloved ‘Snopes’ site by the way. The former escort in question is now on staff. Because nothing screams ‘credible’ like that. You might be interested to know how FEW people are actually fact checking stories in this ‘credible’ site.

And the other go-to sites? ABC? Politifact? Factcheck.org? And the Associated Press?

The take their lumps, too.
FAKE NEWS: Just HOW Worthless Are Those New ‘Media Monitors’… Here’s A List!

(And naturally, citations are provided of the bias they are accused of — we assume our readers are intelligent enough to want actual sources. Maybe CNN could try that approach some time. It’s FAR better than burying allegations in weasel words.)

These are the same people who covered for Hillary’s endless lies (and Obama’s) while attempting to portray Trump as dishonest.

This is the ‘unbiased’ reporting those journalists who hide behind their journalistic freedoms give us? No wonder even lawyers can get away with telling Journalist jokes these days.

So it’s a given that THESE scumbags are going to torpedo any story that threatens the leftist narrative.

HOW Can Patriots Push Back?

You can ‘Alinsky’ them. Make it boomerang. A paraphrase of his 4th ‘rule for radicals’.

4. “Make the enemy live up to its own book of rules.“ If the rule is that every letter gets a reply, send 30,000 letters. You can kill them with this because no one can possibly obey all of their own rules.

When YOU, ClashNation, see fake news, report it.

When MSNBC uses the word Hitler or racist without proof. Flag it.

When CNN runs a Russian smear story, without any evidence of REAL wrongdoing? Flag it.

When The New York Times (it was a newspaper once) runs a hit piece that has NO relationship to reality? Flag it.

Make this Censorship Tool useless for their twisted purposes, and they will have no choice but to abandon it.

The new facebook tool, which is being rolled out in Germany first, will allow users to flag links as potential fake news.

…But, the Facebook pages that spread the so-called “fake news” and the people that share it consider themselves anti-establishment. Users whose posts are routinely flagged with ‘disputed’ proudly wear that as a badge of honor. 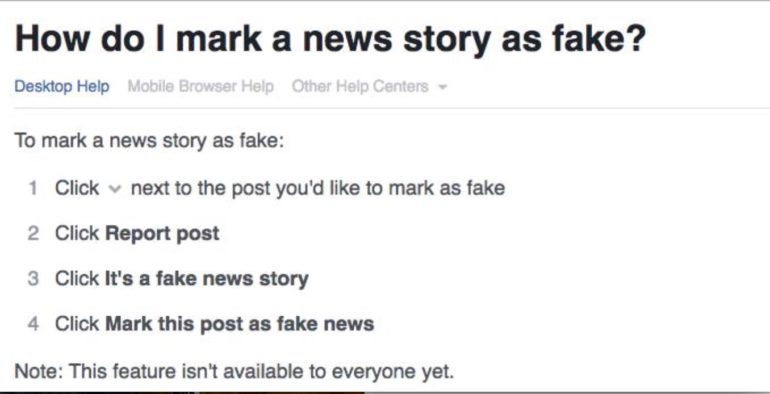 It’s a war. (Over ideas.) You didn’t think it was going to be EASY, did you cupcake?