‘It’s all about compassion!’ shrieks the Left. Was THIS compassion?

The Left was so very compassionate with their ‘sanctuary’ policies and in giving these illegal aliens assistance — like public education.

The two vile b*stards that violently raped and sodomized a 14-year old girl were in the 9th Grade with her — despite being 17 and 18 years old respectively. 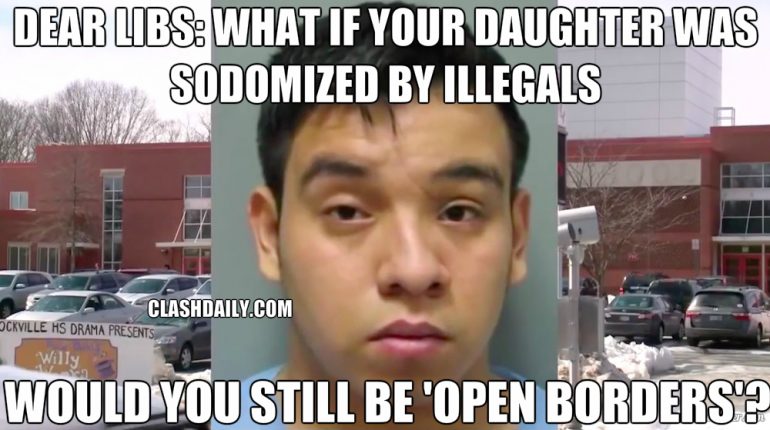 So, if this was your daughter…

– would you still yell ‘no one is illegal’?

– demand Amnesty for people that have violated our immigration laws?

– hand the two ‘Dreamers’ DACA applications? (Which doesn’t just allow them to live here, but allows them to work here.)

– would you keep railing against the ‘Angel Mothers’ that brought light to the issue of Americans killed by illegals?

Because those of us on the Right — don’t have to change our position one bit.

STEYN: The Rape Of MD Schoolgirl By Illegals – ‘Is The DEPRAVITY of the POLITICAL Class’