Barbie, that classic American doll is getting a makeover!

Because they want to reach a ‘kinder’ generation.

Read the completely bias-free article in the Pittsburgh Tribune-Review:

On the day of the Women’s March on Washington — Jan. 21, the day after Donald Trump took office as President — Gisele Barreto Fetterman and her 5-year-old daughter, Grace, held a march of their own in their Braddock home.

There was a black doll, a doll in a wheelchair, a doll with glasses … Fetterman has made it a point to raise Grace and her two other children in an environment of acceptance and inclusion, so nearly everyone was represented.

“Anyone missing?” she asked her daughter as they studied the lineup of dolls.

Only then did they realize an obvious omission:

There were no Muslim dolls.

“That seemed wrong,” said Fetterman, who is married to Braddock Mayor John Fetterman. “The refugee population coming in is mostly Muslim, and they are not welcomed by everyone, which is painful to see. Of course, there are children among the refugees. But there are no dolls for them.”

So Fetterman talked to friends, including Safaa Bokhari, 30, of Oakland, a Muslim woman from Saudi Arabia who is in the United States while her husband studies at the University of Pittsburgh. Bokhari also has a 5-year-old daughter, Salma. She and Grace play together often.

Fetterman and Bokhari searched online for Muslim dolls, found none and decided to fix that.

Enter “Hello Hijab,” a small colorful piece of cloth that can be folded into hijabs for Barbie-sized dolls….

…All proceeds from Hello Hijab will go to the Islamic Center of Pittsburgh, ACLU and Community Blueprint Pittsburgh.

Mattel, the toy company that makes Barbie, did not respond to an email asking whether the company has ever produced or has plans to produce a Muslim doll.

Though Hello Hijab did not go public until Monday, word has already spread. Fetterman said she received two donated adult hijabs, to be cut up and turned into doll-sized hijabs, from an anonymous donor…

…“I want my children to know that the whole world is different,” she said. “I’m sure many people will be offended by this, but why can’t we all love each other and accept each other?”

Michaels and Bokhari are prepared for pushback.

And they vowed not to look at the reader comments following this story.

“I think there will always be people who find the negative, but we choose to find the positive in all things and that includes all people from all parts of the world,” Fetterman said. “My 5-year-old will say, ‘Why can’t they all move here? It’s more people for me to play with!’ I feel the exact same way.”

That, kiddies, is ‘reporting’ now.

The mini-hijabs will be available in April for $6. The hijabs are hand-sewn and will be manufactured by a Pittsburgh Muslim seamstress who will be paid $15/hr. All proceeds will go to the ACLU, The Islamic Institute of Pittsburgh, and Community Blueprint Pittsburgh.

You’re sewing a symbol of oppression and sticking it onto Barbie.

Though Barbie has been criticized for her ‘unnatural’ curves — she has also been popular with girls who saw Barbie as an independent woman who could do anything and look fantastic as she did it.

When ‘Astronaut Barbie’ came out in 1985, she still had her signature Barbie pink flag with her. 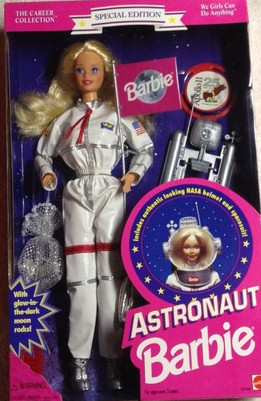 Wasn’t having Barbie in all sorts of professions ’empowering’ to girls?

What message does this send?

Apparently, it’s that Barbie is cool with Sharia Law.

Are Fetterman and Bokhari going to provide a Sharia manual with the hijab?

Will Barbie be ok with being beaten by Ken for driving her own car? 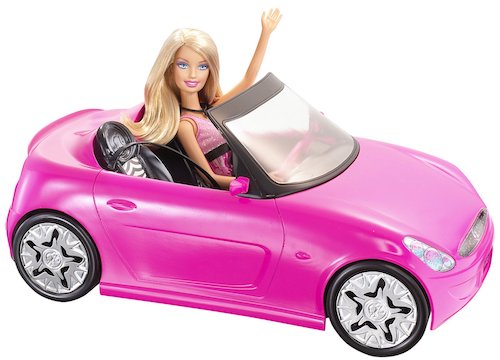 So much for the Barbie Glam Convertible.

They could have a ‘Stone-Her Skipper’ that comes with its own rocks and a shovel to dig the hole she’s to be dropped in.

Or maybe ‘Jihadi Ken’ that comes with knives and… an SUV?

Thankfully, not everyone is on-board with this nonsense:

?In Case You Can’t Tell?this is #HijabBarbie because every little girl should dream about being #Oppressed

Ooh NO…..NOT TO BARBIE…
Hijab Barbie….
Next it will come with instructions on how to obey Sharia law????? pic.twitter.com/wbUoCkwisi

And so is agreeing with a 5-year old that ‘everyone’ should just come here.

And there are millions of Muslims that believe that Sharia should be imposed on the West.

Until ‘everyone’ can, with a free conscience, draw a cartoon of Mohammed, maybe ‘everyone’ should stay where they are.