You may have ‘something in your eye’ by the end of this story. Unless you’re made of stone.

A heartbreaking photo shows the moment an Air Force sergeant had to say goodbye to his K9 partner.
Air Force sergeant Kyle Smith, from Gastonia, North Carolina, said that having to put Bodza down was one of the hardest things that he has ever done.
He was euthanized on Thursday, and a military canine trainer draped a flag over his body. A photo shows Smith giving Bodza one final hug as he was laid to rest. — Dailymail 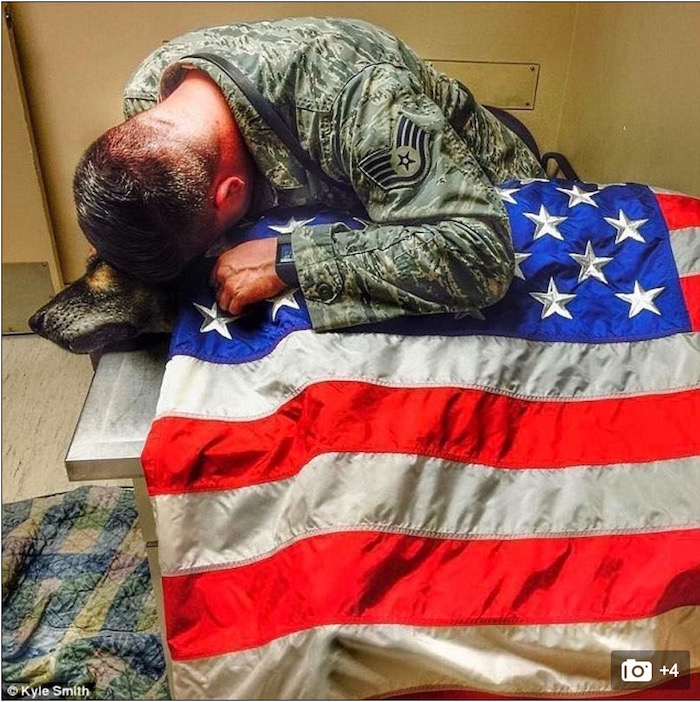 The two were paired up for four deployments and multiple security details for officials, and Smith ended up adopting Bodza in 2014 when he retired. — Dailymail

Don’t mistake the feelings here while saying goodbye to a partner who had deployed with him for ‘weakness’.

It is grieving the loss of a relationship that could never be forged by a weak man. The kind of relationship strengthened through shared danger.

Need more of that attitude in your life, regardless whether you hope to step up in a uniform or stay back as a civilian? You could start here: