I can’t WAIT for the Left to call HIM a racist!

Just when you thought the story had finally gone away… It came back.

It was generally assumed that President Trump’s press conference about Obama’s Hawaii Birth Certificate would be (except for a few holdouts) the last word on the issue.

And it probably would have been. Until THIS muddied the waters.

ANOTHER birth certificate. This one from Kenya.

Is it a Hoax? Is it legit? It’s a little early to know for sure.

Thickening the plot further? Barack Obama’s own BROTHER plays a role in this story.

The news articles that have mentioned it so far have been pretty skeptical.

On the ‘hoax’ side or the argument are claims of the same document being offered for sale in 2009.

From the DailyMail article: 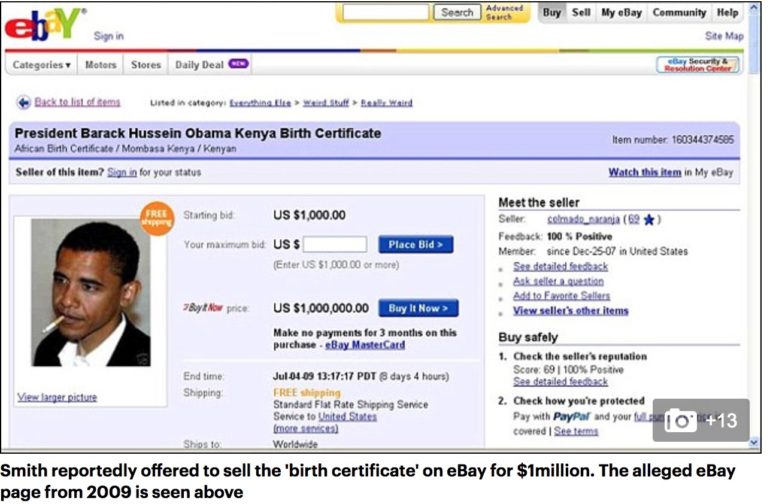 Is it legit or a Hoax?

Let us know what YOU think!

And, like always, you can kick your theories around in the comments section. It’s WIDE open.