The better man won the election — said everyone but the most devoted Democrats.

The General Election has been autopsied six ways past Sunday.

Polling irregularities were looked into. So were street-level strategies and presence. Get out the vote efforts. Reliance on celebrities.

There was talk about the media treating the election like a foregone conclusion.

Even ‘Morning Joe’ did a media Mea Culpa after the election results were known.

But one thing was clear — there was NO Doubting which team the media were shilling for.

So, after a LONG period of reflection, Nancy Pelosi thinks she knows where the blame should lie concerning Hillary’s humiliating loss.

Should we blame the Democrats for fronting an old communist retread who’s name is Synonymous with Cover-Your-ass lying and scheming (look up ‘Clintonian’ sometime); was it a lame campaign and a bad strategy; was it because she got caught cheating her way into the final round? Nah.

(Can we have a Drumroll, please…) 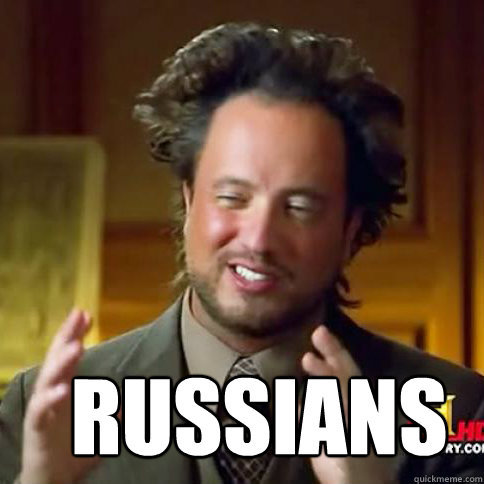 And the Press? They were willing accomplices! Why? Because Wikileaks!

(Funny, we can remember wonderfully Pro-Trump headlines like this from the media: “Why Donald Trump
Should Not Be President”)

Hear it in her own voice. (Apologies in advance)

“Well, I think that President Obama handled it as he received information of that — of the highest confidence,” she said. “I do think, with all due respect in the world for the press, that the press could have done a better job, instead of printing every email that came out, and saying this comes to you from Vladimir Putin, they were, hah, hah, hah, John Podesta said this or that. I think the press were accomplices in the undermining of our election by the Russians by not pointing out this stuff is worthless because it comes from an undermining of our election, or at least reminding the public where this — these emails, the leaking of these emails came from. So, I can’t speak to the timing of what President Obama said. I wish he — it had all happened in a time where the public could know that this had an impact on the election. A lot of things have an impact on the election. This certainly was one of them.

“So, I can’t speak to the timing of what President Obama said. I wish he — it had all happened in a time where the public could know that this had an impact on the election,” Pelosi continued. “A lot of things have an impact on the election. This certainly was one of them. But what’s important to note is that it doesn’t happen again and that people in other countries are — realize what they are going to be susceptible to when the Russians come in to undermine their elections.”

Secret servers? Podesta being dumb enough to fall for a fishing scheme? Nope. They weren’t a problem.

None of that matters. Becuase they’re chasing phantom allegations by Buzzfeed.

(Which basically means Hipster Obama was Putin before it was cool.)

Russia taking an interest in USA, but — after an investigation — failing to alter the outcome? Democracy has been hijacked!

And now — perfect timing, Nancy! — there’s another Wikileaks. This one is putting the CIA (which has been VERY busy leaking anti-Trump news) under the microscope. There have been some VERY unpleasant revelations in the process.

Short answer? If you feel like your TV is watching you? You might NOT actually be paranoid.

It wasn’t their corruption or stupidity. It wasn’t that they got outworked and outplayed.

It wasn’t an American populace tired of being looked at as an obstacle to be overcome and children to be pushed into the behavior they approved of ….

It was the Russians. And their media accomplices.

You’re a special kind of stupid, aren’t ya?