Nothing is more ‘pro-woman’ than an elite athlete wearing misogynistic-compliant head covering.

How long before these things become mandatory for all female athletes?

Recently, a chess star boycotted the Women’s World Chess Championship Tournament because it was in Iran, and she would have to wear a head scarf to compete.

The hijab isn’t a religious practice, but a cultural one.

It is for ‘modesty’, they say.

Because it’s sinful in Islam for a woman to display beauty, including her hair to men that are not her husband.

Otherwise, Achmed may get aroused by seeing unbound hair and the next thing you know, Taharrush Gamea.

Instead, you get the Egyptian Women’s Beach Volleyball team uniform for the 2016 Olympics that looked like this: 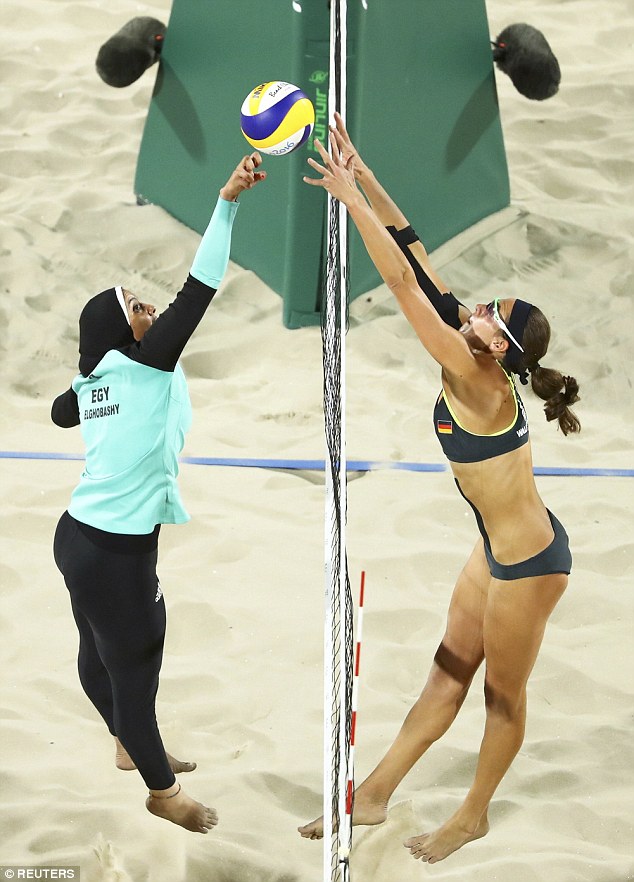 That’s Egypt vs. Germany, by the way.

What a glaring difference in cultural practices!

Germany, for its part, is trying to get native Germans to try out the headscarf.

Here is the Nike ad released in the Middle East:

The head cover, called the “Nike Pro Hijab,” boasts a single-layer pull-on design made from lightweight polyester in dark, neutral colors. The fabric’s tiny holes will make it breathable while remaining opaque, a requirement for hijab-wearing women.

Nike said it began developing the hijab after some Muslim athletes complained about wearing a traditional head scarf during competition.

The design process took 13 months, and the final product will be available for sale in the company’s Spring 2018 season.

Isn’t it funny that when women are oppressed and treated as chattel in Islam and are freed, the first thing many do is tear off that headscarf?

These women, recently rescued from ISIS, burned their hijabs with apparent joy.

Nike can make whatever they want and sell it.

Because that’s the beauty of the free market.

But this particular garment is misogynistic in nature.

It stems from a cultural practice that essentially says that men cannot control their lust, so the burden is placed on women to not make themselves too attractive to men.

The hijab is to protect women from rape.

Check out this billboard in Tehran that says ‘Hijab is security’: 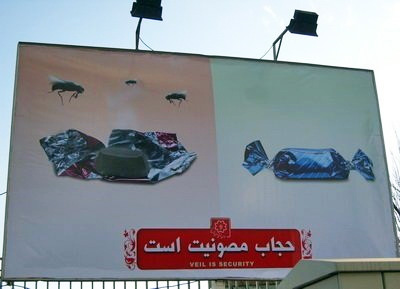 Is Nike complicit in the oppression of women by normalizing the hijab?