This is what happens when Democrats put Stewart Smalley on the Judicial Committee.

You weren’t expecting a serious and informed question, were you? 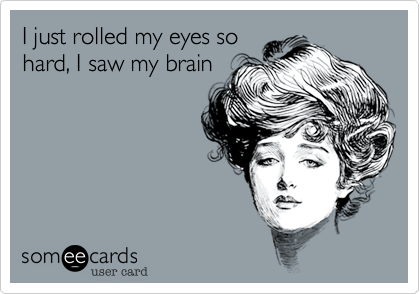 Speaking of eye rolls, that’s exactly what Gorsuch did when Al Frankin asked his question.

Is Judge Gorsuch giving @SenFranken an #EyeRoll? You be the judge…

What the #democrats are doing is despicable & they will pay for it.? pic.twitter.com/OPWEFnnz4U

Al Franken has taken being dumb to an elite level. Neil Gorsuch is just too polite to straight up call him a moron.

Watch his reaction to Franken’s Follow-up. Pay attention to the fifty-second mark.

If his eyes rolled any harder, he’d have seen his brain.