So, he watches one MMA match or old Chuck Norris flick and thinks he’s ready to run with the Big Dogs? Good luck with that.

Resisting arrest… do he REALLY think that would end well?

It was one of those ‘hold my beer’ level of stupidity moments. See for yourself: 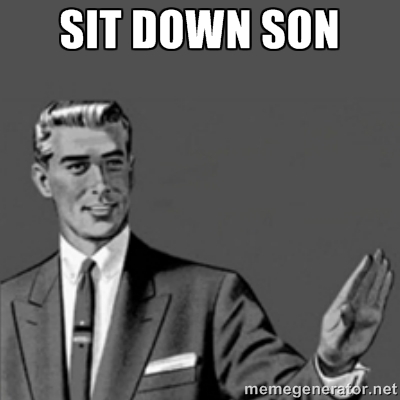 Chief Linley said the juvenile attempted to put the officer in a chokehold while he was being subdued. At that point, the officer lifted up the teen and took him to the ground.

The suspect was then cuffed and there was no further altercation. An ambulance was called for the suspect, but he was not admitted to the hospital, Linley said.

Chief Linley told FOX13 the suspect, who is not being identified at this time, is charged with the following misdemeanors:

Disorderly conduct
Resisting arrest
Assault on an officer
The incident is still under investigation, and no disciplinary action has been taken against the officer.

Mom put it online. Why?

Probably trying to get the cop in trouble.

Did she miss the ‘resisting arrest’ and the ‘putting him in a headlock’ part?

Mom of the year, candidate, right there.

They should BOTH go home and get themselves sorted out. Well, home, or wherever the courts determine he’ll be staying for the next little while…

Flip through one of these, and clear your head.