Maybe they should look at what happened to Starbucks profits before they open their big yap.

Learning nothing from the spectacular cratering of Starbucks profits after rebuking Trump, McDonalds got personal — petty even — in picking a fight with the President.

They ALSO threw their support behind Obama… who (if they haven’t noticed) is in hot water for some of the mischief his administration was up to during his tenure as President. 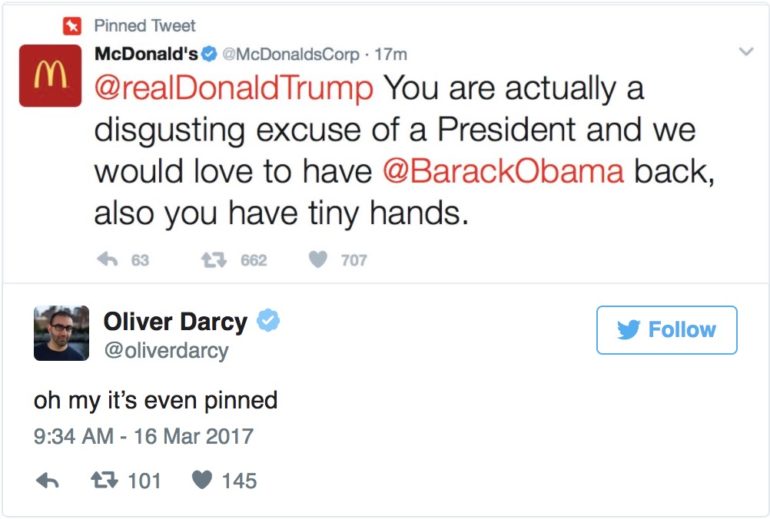 McDonalds will soon find out JUST how loyal their customer base is.

Will the populations of the Red States that management just slammed tolerate the Liberal politicizing of their restaurants?

What about the Franchisees? If they lose profit because the Corporation is too busy playing politics, will they withhold franchise fees, or sue for lost business if their numbers crater the way Starbucks did?

If they’re not? There may be new franchise opportunities in their competitors.

2) An insider with login info being a smartass, and putting up unauthorized tweets.

3) The tweet was legit, and this is panicked corporate backpedaling.

We leave it to our readers to decide which explanation fits best.