CNN may lie, but financials don’t. Here’s how the MARKETS reacted to Trump’s speech.

It had been a VERy good run from election day until one month in. They set some records. Even gave it a catchy nickname: the ‘Trump Bump’.

From the election to the morning of the speech, it was an amazing run for the Dow. Here’s the three-month chart from December.

But now? Now it was the moment of truth.

It was time for Trump’s Presidential Address to Congress.

Trump was laying out his vision for his term in office. How would the markets react?

This was the moment investors were waiting for… some CLEAR signaling of what they could REALLY expect going forward.

Here’s the 5-day trend. See where it went vertical? 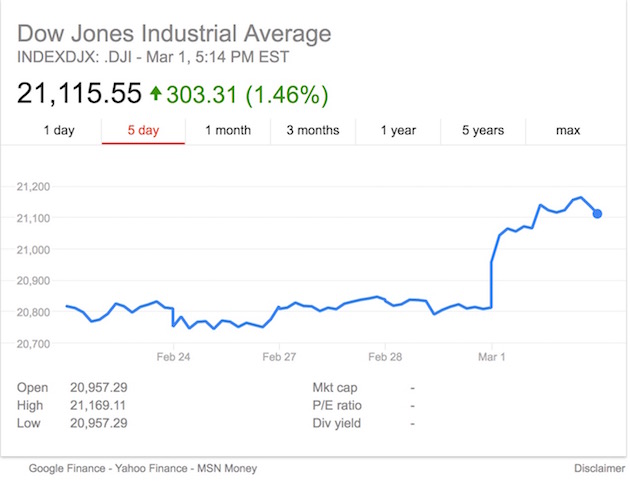 That was the reaction when trading opened after Trump’s Address.

So when Trump said America would see #SoMuchWinning?