Did Obama ‘Cry’ again when Trump said THIS to the NRA?

For eight years, the Democrats tried every trick in their toolbox to tamp down Second Amendment Freedoms. Obama even shed a tear (was it staged?) in making his appeal. 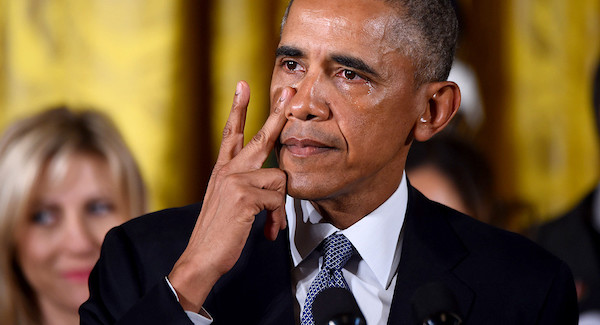 (It was his MIDDLE finger, how appropriate.)

Good news. Those Days Are Over.

On his 100th day in office, Trump spoke at the annual meeting of the NRA.

And the full speech, if you prefer the broader context:

“You came through for me,” Trump said, referencing the strong support he received from the NRA during the presidential election. “And I am going to come through for you.”

“The eight-year assault on your Second Amendment freedoms has come to a crashing end,” Trump said to raucous cheers. “You have a true friend and champion in the White House.”

“To the NRA, I can proudly say: I will never, ever let you down.”

This makes him the first sitting President to address the NRA…