Do the targets in the ‘war on Fox News’ seem a little … arbitrary?

Bill O’Reilly and Roger Ailes have been kicked to the curb. Over allegations of sexual impropriety.

Claims have been made (and walked back) about other hosts, too.

But we haven’t heard any complaints about a host that skews Liberal, for all of HIS sexual antics.

His autobiography was even called ‘Exposing Myself’. And he bragged about sleeping with over 1000 women.

“Oh, those were good years.” — Geraldo

And then there is the semi-nude selfie that he posted with the caption ’70 is the new 50′. 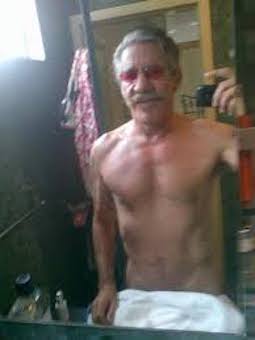 But this is the guy that they’re keeping on over at Fox News while the (selective) outrage is targeted at guys like Jesse Watters making an alleged sexual joke about Ivanka Trump.

For what? A comment about Ivanka talking into a microphone.

Hello — he’s the guy on the street that holds a mic all the time. It’s what got him his own show.

It seems like a whole lot of nothing, in my humble opinion.

Contrast that to Geraldo.

He’s bragged about his sexual antics.

It’s pretty strange that the Big Wigs over at Fox News who allegedly really want ‘clean up’ the image of a ‘misogynistic’ work environment ignore Mr. Slept With Over 1000 Women.

Maybe it does have something to do with worldview…