This will knock some of the swagger out of Little Kim’s walk.

North Korea’s emperor-child has a high opinion of himself and his capabilities.

He has a pretty high opinion of his military.

It’s a little like being the tallest kid in kindergarten. Harmless, until he thinks that gives him license to bully the other students. In that metaphor, the US Navy would be the principal’s office.

His show of force — shooting artillery pieces into the ocean — did nothing to impress one US Admiral.

Not exactly sure what that was supposed to accomplish.

(Oh, and his ‘display’ was called out as fake.)

In reply, Admiral Harry Harris said he wants to bring Li’l Kim ‘to his senses, not his knees’.

To back that up, he spoke about the defensive missile system that is being set up in South Korea in case he tries anything stupid.

Of that system, he used a phrase that hunters will find familiar. 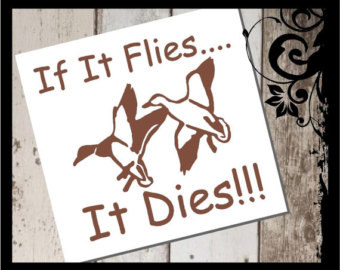 “If it flies, it dies” means that any missile he sends South Korea’s way WILL be shot down. Period. Full stop. Any questions?

And how seriously does this Admiral take Kim’s threats?

Here is how he described Kim Jong Un’s threat when asked by Congress. He believes Kim to be the sort of person capable of launching a nuke, given the chance.

Let’s never give him that chance.