Have you heard about “Extra-Curricular Surveillance”?
We already know about SOME phone calls that were intercepted. How deep does this story REALLY go?

According to some reports? There is a much longer history of America’s surveillance capabilities being used for partisan political purposes.

It’s bad enough if those capabilities are used to spy on the rival party. (That sort of thing chased NIXON out of office.)

But what if they were even used to spy on rival factions within his OWN party? And on Journalists? Because that is what is being claimed.

Obama is the same guy who claimed not to have had any scandals during his term in office. 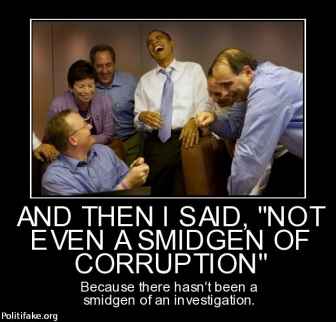 Dennis Kucinich has complained that a private phone conversation he had with Quadaffi’s son while the Kucinich openly opposed Obama’s unauthorized war with the Quadaffi regime became public. (See his article: Dennis Kucinich: I’m no fan of Trump’s but he’s got a point about wiretapping)

But there was something different about this monitoring initiative. It was not targeted merely at Israeli officials plotting their opposition strategy. The Wall Street Journal, Smith notes, reported in late December 2015 that the targeting “also swept up the contents of some of [the Israeli officials’] private conversations with U.S. lawmakers and American-Jewish groups.” Smith continues: “At some point, the administration weaponized the NSA’s legitimate monitoring of communications of foreign officials to stay one step ahead of domestic political opponents,” says a pro-Israel political operative who was deeply involved in the day-to-day fight over the Iran Deal. “The NSA’s collections of foreigners became a means of gathering real-time intelligence on Americans engaged in perfectly legitimate political activism — activism, due to the nature of the issue, that naturally involved conversations with foreigners. We began to notice the White House was responding immediately, sometimes within 24 hours, to specific conversations we were having. At first, we thought it was a coincidence being amplified by our own paranoia. After a while, it simply became our working assumption that we were being spied on. This is what systematic abuse of foreign-intelligence collection for domestic political purposes looks like: Intelligence collected on Americans, lawmakers, and figures in the pro-Israel community was fed back to the Obama White House as part of its political operations. The administration got the drop on its opponents by using classified information, which it then used to draw up its own game plan to block and freeze those on the other side. And — with the help of certain journalists whose stories (and thus careers) depend on high-level access — terrorize them. –Read more: National Review

That same article makes the case for journalists being spied on, too. So much for that free press the left keeps talking about.

Seeing how he had weaponized the IRS against political rivals, would this REALLY surprise you?

What does a tinpot dictator look like? Well there are many different things. One thing for sure — it would weapon government agencies against political rivals.

And our ‘free’ press is worried about TRUMP somehow destroying freedom? If the press were truly free, this would be the biggest story of the year so far.

The biggest story by a country mile.