Are agitators deliberately trying to foment a Bolshevik-style revolution?

Maybe you have noticed a rise in domestic violence lately?

In the last few years, riots and fires have become almost commonplace within the scope of ‘peaceful’ protesters.

Businesses near the very University that was once synonymous with ‘Free Speech’ are now boarding up in anticipation of the sorts of riots that torched buildings on campus and made national headlines.

This damage was done. Because there was a speaker with whom they disagreed.

There have been violent clashes. Stabbings. Hospitalizations.

One woman is a spokesperson for ‘BAMN — By Any Means Necessary’

She is calling such pre-emptive violence against groups she has labeled ‘Nazi’ as ‘self-defense’. These are the sorts of people who cheered when Richard Spencer

They celebrated when their thuggish tactics forced demonstrators to yield ground or flee. When they called on the police for assistance, they were mocked for hiding behind the police.

They’re not stopping there. They’re talking about escalation. 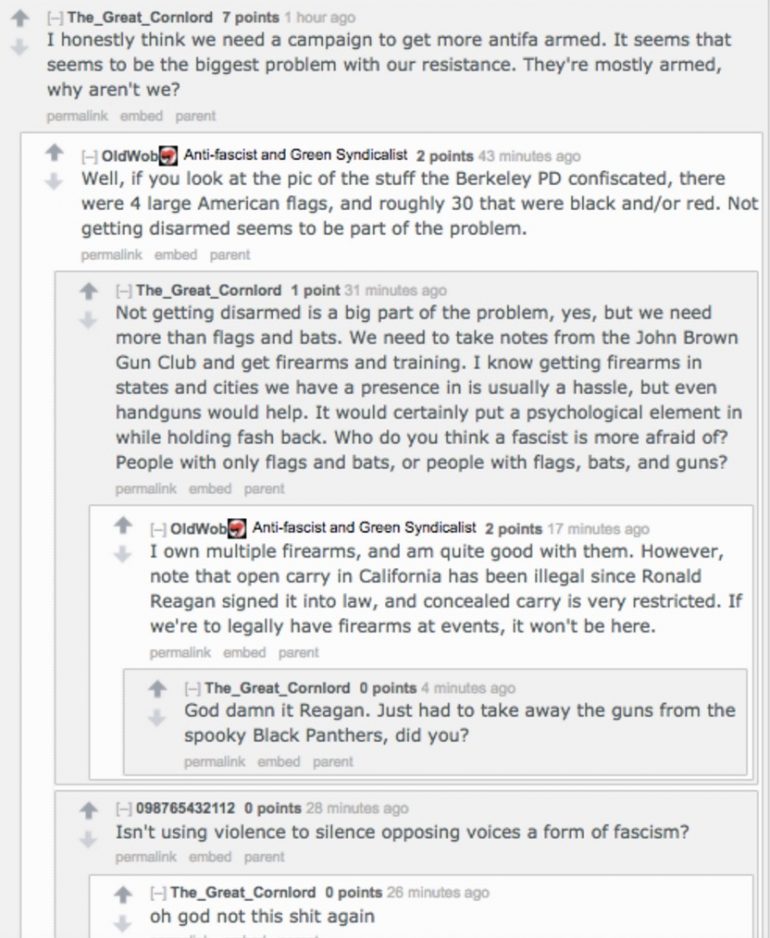 Here is one of their leaders making a case for Leftist violence. Watch her claim that the left has been far too timid for too long.

Did you hear that language? “We need to make sure we have more mass protests, more MILITANT protests that are mass and militant.”

She’s part of a group that even Berkeley called ‘Trotskyist’ (think: Soviet Revolution).

Those who know your history, what are YOU seeing when a Trotskyist leader is speaking this way?

You who know that Armed Revolution harnessing ‘the people’ in a flashpoint of mob conflict were critical to the chain reaction that led to Soviets overthrowing a government and taking control of Russia?

Is this raising any ‘red flags’? It should.

Is something BIGGER than mere political protesting happening here?

And if so, why are the media giving the violence such little coverage?

Are they ideologically blinded to it? Or worse… are they complicit?