Hollywood has some REALLY bass-ackward notions of courage, don’t they?

The Hollywood starlet said she was “particularly disappointed” after watching Ivanka Trump’s interview with Gayle King where she said she voices her opinions — good and bad — to her father, President Donald Trump, but in private.

“I have to say, it was really baffling,” Johansson commented. “And yesterday she said…that she felt that the biggest influence she would have…would be behind closed doors.

“I thought to myself, ‘Well that’s empowering.”

Johansson added, “It’s such an old-fashioned concept that to be a powerful woman you can’t appear to be concerned… Screw that, it’s so old-fashioned. It’s so uninspired and actually really cowardly.”

Tension between the actress and first daughter began after Johansson’s “SNL” skit where she played Ivanka Trump in an ad for a perfume called “Complicit.” —FoxNews

Speaking quietly to a relative about a personal beef you have with them is ‘cowardly’ now? It’s better to denounce them publicly from a stage like Madonna, Springsteen or Judd?

Looks like Scarlett failed that Dale Carnegie course: “How To Win Friends And Influence People”

News flash Scarlett. You are divorced. Ivanka is not.

Is it not possible that she knows something about how to navigate relationships that YOU don’t?

And as for courage, do you even understand the word? Since you’re from Hollywood, let’s use a picture to spell it out for you. 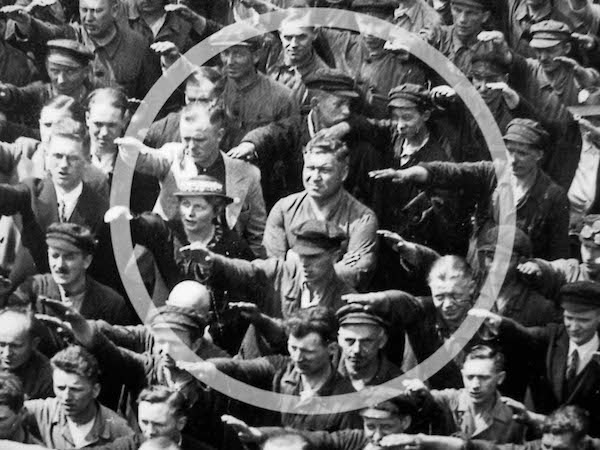 See the guy in the picture? What makes him courageous is that he is the DISSENTING voice when everyone else is loudly on the other side.

When moneyed Hollywood elites line up in their public denunciation of Trump or when Soros bankrolls people to march (and riot?) or when people deliberately agitate and intimidate any voice that dares support Trump or his policies directly or indirectly … do you actually think it’s courageous to DENOUNCE trump?

Hell, your position is easy to hold. It’s popular.

It’ popular like being pro-Slavery in Lincoln’s day was popular. It didn’t rouse the anger the ‘in crowd’.

You want to see real courage? Look at some of the Conservative actors in Hollywood. The ones who — because the Left tend to be political activists — will punish dissent by refusing to hire outspoken conservatives.

But let’s be really honest. If there were a (D) after her father’s name, you would be holding Ivanka up as a poster-girl of success for young girls to emulate.

But Trump’s a Republican. So she needs to be judged and destroyed. For not conforming to Hollywood Group think. Hollywood group-think that will have the goal posts moved every year. And woe to whoever doesn’t keep up.