Did Joy Behar make The Most Idiotic Statement on the View?

Sadly, it just may be the case.

The View was short Whoopi, so Joy Behar took the role of ‘Moderator’.

There appears to be absolutely nothing ‘moderate’ about Joy Behar.

The outspoken Leftist was so incensed at the recent White House visit by Sarah Palin, Ted Nugent, and Kid Rock, that she queried, ‘Is this the saddest day in the history of the White House since the British burned it to the ground in 1814?‘

Worse than a President getting sexual favors from a young intern in the Oval Office?

Is it worse than that?

Sunny Hostin kept going with her indignation, and Sara Haines jumped in with an excerpt from the New York Times stating that decorum and class should be exercised with official White House portraits. (Even the ones in the basement where Hillary’s is located.)

Paula Faris then tries to explain that there is ‘selective outrage’ and advocates for Free Speech, but it falls on deaf ears.

Haines then pipes up again that it’s the White House and there should be some class there.

Quick question, would Haines and her cohorts be upset about these photos? 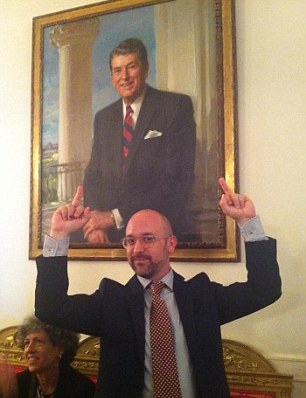 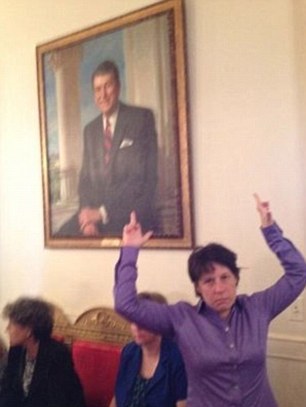 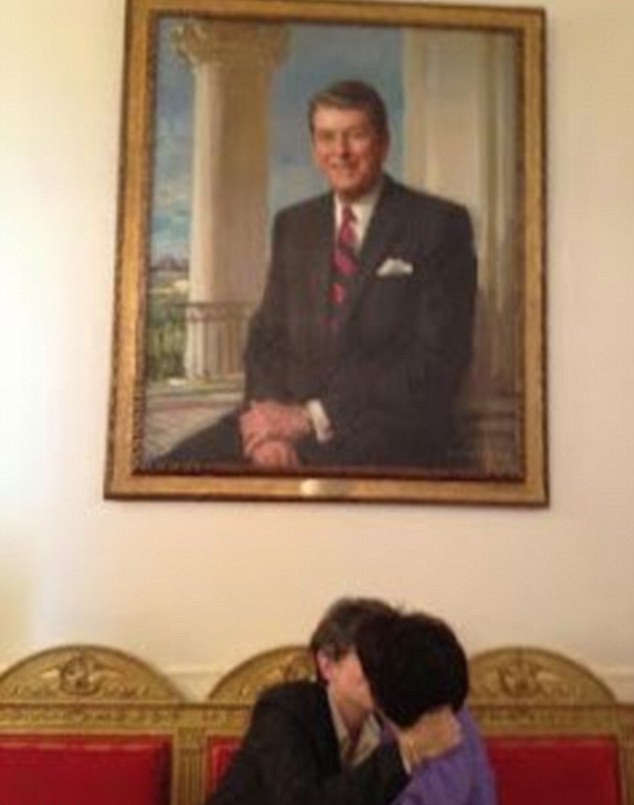 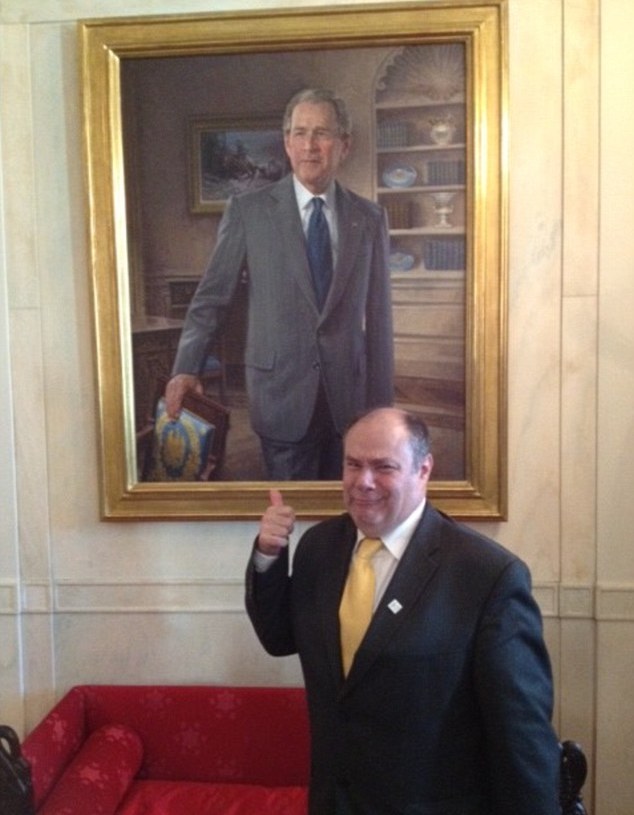 Last Friday, an attaché of important gay people from Philadelphia made a trip to Washington D.C. as invited guests of President Barack Obama for the White House’s first-ever gay pride reception. There, they danced to the sounds of a Marine Corps band; they dined on crab cakes and canapés; they hand-delivered letters from concerned citizens like this 18-year old who has had four people close to him gunned down, and noted rhyming raconteur CA Conrad; and some of them took advantage of photo opportunities to give the late President Ronald Reagan the middle finger.
Read more: Philadelphia Magazine, June 22, 2012

As Haines said in the video, ‘Whoever it is posing in front of a picture — you’re in the White House. Flipping something off, or — it’s just not classy. It’s all symbolic of our country.‘

These are the same folks that applauded the Women’s March that included women wearing vagina costumes.

Are we going for ‘classy’ or not?

Jedediah Bila jumps into the conversation and says that behavior like that undermines the message.

This seemed more like indignation that Sarah Palin was invited to the White House.

Sarah Palin is still despised by the Left.

Well, in case you were keeping score, it looks like we’ve found someone that the Left hates even more than President Trump.