Christopher Hitchens gives those that cry ‘Islamophobia!’ a solid ‘Hitch Slap’ with this one.

The late Christopher Hitchens was a prominent atheist, and although there are many points on which one could disagree with him, he was, indeed, a great thinker.

Here is what he says about the word ‘Islamophobia’: 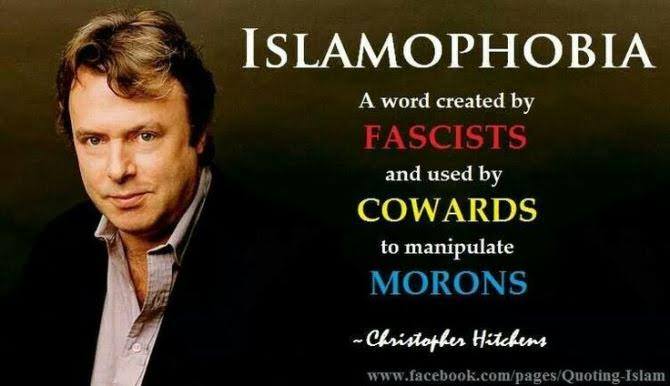 Hitchens was no fan of Islam.

He thought it was dangerous. With so many terror attacks attributed to radical jihadis, you can see why.

Watch Hitchens’ response when confronted by a Sufi Muslim on the title of his book, ‘God Is Not Great: How Religion Poisons Everything‘.

‘Islam makes one special claim for itself — Islam rather dangerously says that… it is God’s last word. That’s straight away a temptation to violence and intolerance, and if you note, it’s a temptation that they seem quite willing to fall for… Every ‘Allahu Akbar’ reminds people that we are in a very serious struggle with a very depraved religion.‘

Is that quote about Islamophobia by Christopher Hitchens right or ridiculous?