Just how far are Liberal revisionists willing to take their crusade?

Here’s a chance to test their intellectual honesty. 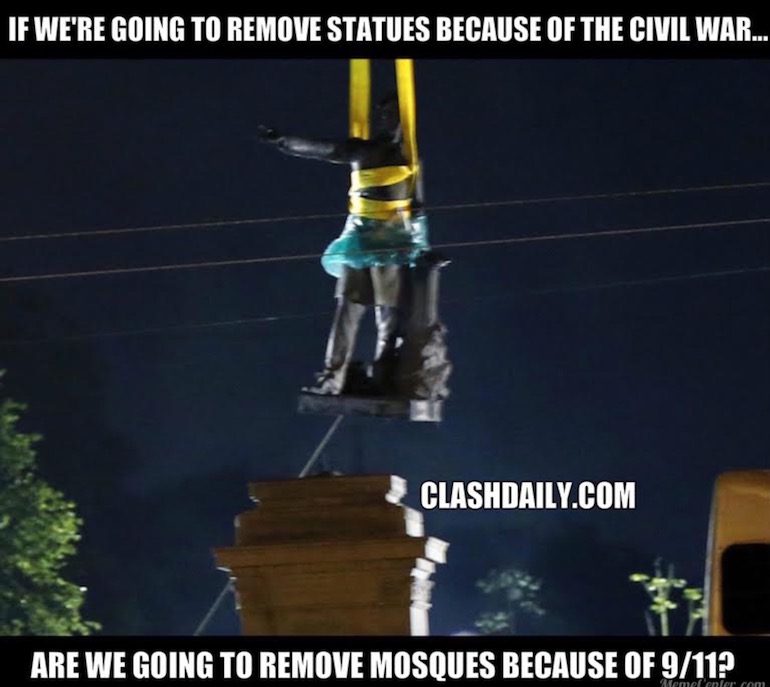 There are SOME sins which are — to Liberals — enough to discredit anything a person has ever done in their life, however worthwhile.

Which is weird, considering there are SOME ‘virtues’ that will magically make liberals drop even those most heinous sins down the memory hole.

Thomas Jefferson? He owned slaves. He gets protested. Here’s one sample headline:

Anyone associated with the Confederate army? Protested, with demands for removal.

Racism and slavery… these are unpardonable sins.

Unless you are a HERO to the Democrats.

Like FDR. Their love for the New Deal ‘excuses’ what he did to the Japanese.

And LBJ’s ‘Great Society’ lets people excuse or downplay his role in Vietnam.

…In the limited space of the present paper, I have time only to touch upon some of the fundamental convictions that form the basis of our Birth Control propaganda, and which, as I think you must agree, indicate that the campaign for Birth Control is not merely of eugenic value, but is practically identical in ideal, with the final aims of Eugenics.

…Birth Control propaganda is thus the entering wedge for the Eugenic educator. In answering the needs of these thousands upon thousands of submerged mothers, it is possible to use this interest as the foundation for education in prophylaxis, sexual hygiene, and infant welfare. The potential mother is to be shown that maternity need not be slavery but the most effective avenue toward self-development and self-realization. Upon this basis only may we improve the quality of the race.

As an advocate of Birth Control, I wish to take advantage of the present opportunity to point out that the unbalance between the birth rate of the “unfit” and the “fit”, admittedly the greatest present menace to civilization, can never be rectified by the inauguration of a cradle competition between these two classes. In this matter, the example of the inferior classes, the fertility of the feeble-minded, the mentally defective, the poverty-stricken classes, should not be held up for emulation to the mentally and physically fit though less fertile parents of the educated and well-to-do classes. On the contrary, the most urgent problem today is how to limit and discourage the over-fertility of the mentally and physically defective. –Read her full essay at NewYorkUniversity

Her racism is ignored because she served the Left’s greater goal of advancing birth control and abortion.

Islam is getting the same pass Sanger is.

Their religion not only openly calls for racism, but demands that all other cultures bow and be subject to theirs… including paying Jizya tax, and submitting to lesser rights.

Their religion not only fails to uphold women’s rights, but specifically treats women as inferior… including needing 4 witnesses to establish a rape accusation.

In many countries, it is a Capitol Offence to become an apostate from Islam. You pay with your life for leaving the religion.

Islam has actual leaders … today … in Universities… arguing the benefits and value of slavery, including sexual slavery. And people calling for chopping off hands… at an anti-Islamphobia event in Florida.

Canadian cleric Ahmed Qandeel: Secular Muslims are Apostates who should be Beheaded or Jailed for Life

But Islam gets a pass.

We are tripping over ourselves to import these ideologies.

While we are removing statues of Confederate Generals…

Will the Left demand we stop building Mosques, too?

And if not, why not?