The misnomered ‘Antifa’ thugs are targeting this Patriot for standing up for the history of our Country.

Well, because Andrew Duncomb, known as ‘Black Rebel’ is an advocate for Southern History, especially the Confederate Flag.

Black Rebel was one of many in New Orleans defending the Jefferson Davis monument.

Hundreds of Antifa thugs descended on New Orleans to protest the Confederate monument — and mayhap destroy it.

‘Cause that’s how they roll.

(Oh, and if you work at any of these places… 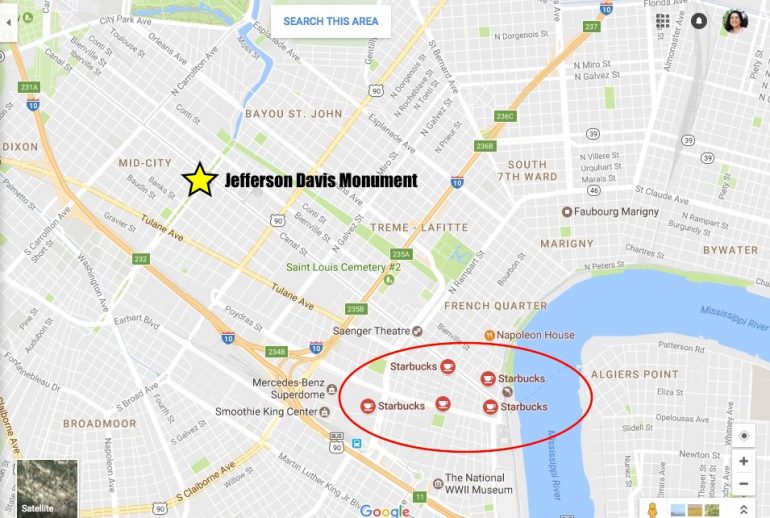 …you’re going to have a LOT of cleaning up to do. Why does Antifa always target a Starbucks?)

The Antifa thugs were heading down for their weekly riot and Starbucks looting.

And they were really not keen on a black guy there.

On the other side, I mean.

Here’s a video posted by Black Rebel of what when down with Antifa at the monument last Monday:

And here was an update that he posted about not getting help from authorities:

According to other defenders of the monument, the Antifa crowd has put out a bounty on Black Rebel, so he’s gone into hiding:

Another black Confederate Statue supporter is pictured here with Black Rebel behind him. 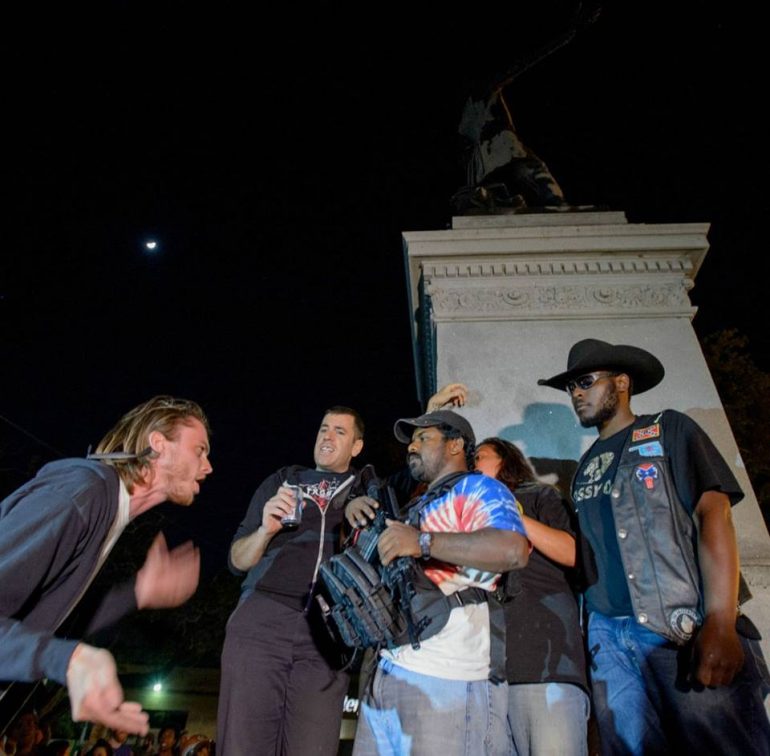 The unidentified man was threatened online: 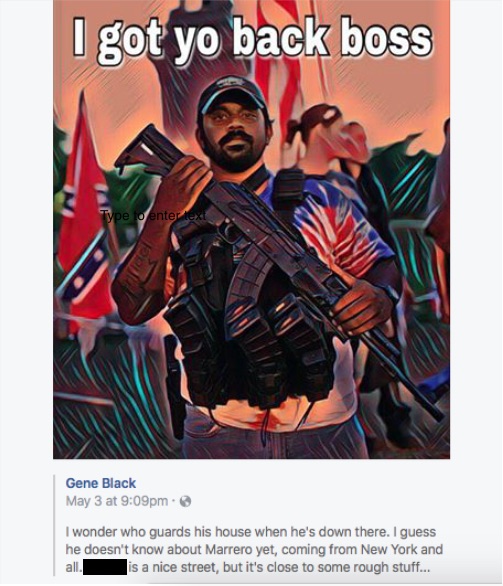 To the Antifa crowd, if you’re black, you’d better agree with them — or they’ll put a bounty on your head.