What do you think, has Europe reached the point of no return?

Has the rampant increase in Muslim immigration into Europe and the demographic shifts made a revitalization of Western civilization impossible?

Did the Europeans go too far in their ‘multiculturalism’? 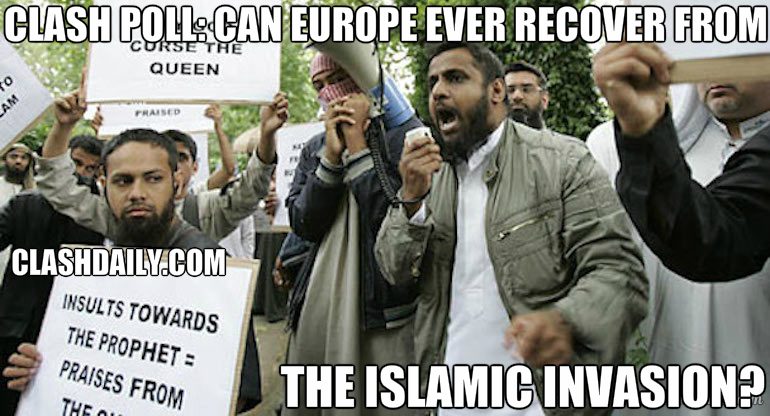 CLASH POLL: Can Europe EVER Recover From The Islamic Invasion?

In England, the churches are closing but the mosques are growing.

As the demographics shift, there is an increase in the demand for Sharia Law.

The Muslim mayor of London says major cities should get accustomed to terror attacks.