We’ve heard the sob stories on the news. How do YOU feel about them?

This is just a way for the Liberals to use emotions rather than reasoning to implement their policies.

The Media (D) is constantly painting Republicans — especially President Trump — as the evil, heartless bastards that don’t care about people.

You’ve heard the appeals from Liberals:

Some of those Liberal assumptions are flat-out bigoted.

But to that last one, we say:

No person is illegal, but their immigration status might be. 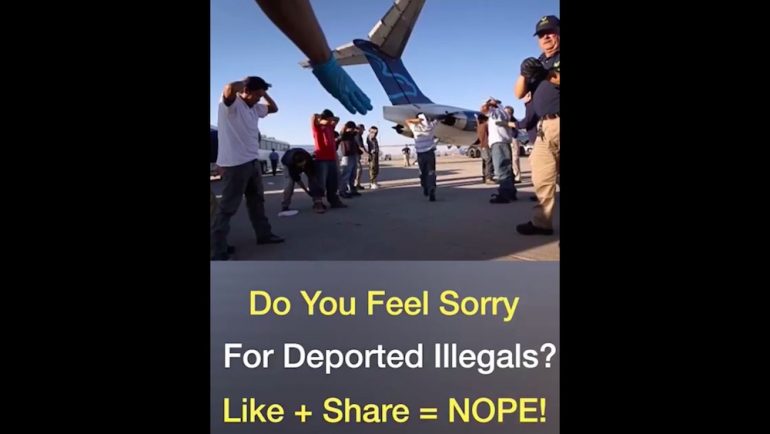 CLASH POLL: Do You Feel SORRY For Deported Illegals?

In an Op-Ed in The Hill, Nolan Rappaport writes about President Trump’s immigration policy.

President Barack Obama focused his immigration enforcement efforts primarily on aliens who had been convicted of serious crimes or who had been caught near the border after making an illegal entry, and he protected aliens here unlawfully who were not in a priority category.

His administration’s enforcement policy memorandum required ICE officers to obtain permission from a Field Office Director before arresting a deportable alien who was not in a priority category.

That is all gone under President Trump:

President Trump destroyed this magnet with tough campaign rhetoric and his Executive Order, Enhancing Public Safety in the Interior of the United States, which greatly expanded enforcement priorities. No deportable alien is safe under President Trump’s enforcement policies.

This seems to have improved border security already.
Read more: The Hill

What do YOU think of President Trump’s stance on Immigration?

Should people just come to the United States without following immigration laws?

Or is it better for a country to control its borders?