There are Liberal MEN?!?!

This ClashDaily Editor has been informed that there is indeed a sub-species of humanity called ‘Liberal Men’.

I’m still not totally convinced as the evidence that has been brought to me was the former President Barack Obama, Senate Minority Leader, Chuck Schumer, and the current Prime Minister of Canada, Justin Trudeau.

None of whom I believe to actually be men.

But, we’re going to go with it.

We’ll call it a ‘Thought Experiment’. 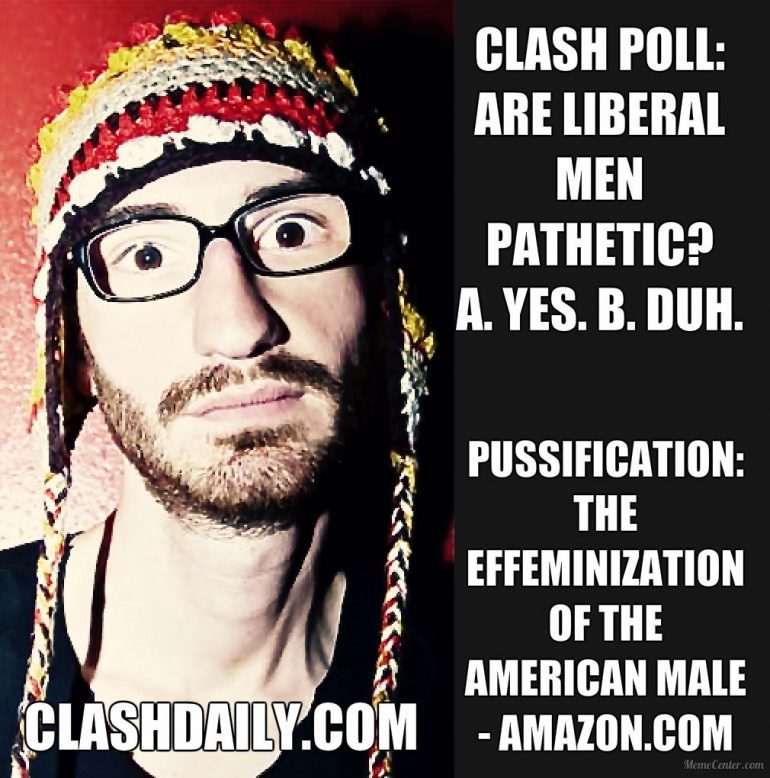 If this is a reality, please don’t inform me and shatter my world!

Or, you could hand out these and correct the problem: