This one is a tough one.

They’re both solidly in the anti-Trump camp, and don’t care who they hurt in the process.

Rosie has been arguing with the President for years and even sunk to sharing a video suggesting that the President’s young son, Barron, was Autistic.

She has targetted Melania in her anti-Trumpism, too.

The beheaded Trump images are everywhere, and the backlash has been fierce. (Well, except CNN.)

Like Rosie, Griffin also targeted Melania and didn’t give a rip about what the images of her holding up the President’s severed head would do to his son, Barron.

But who is more disgusting? 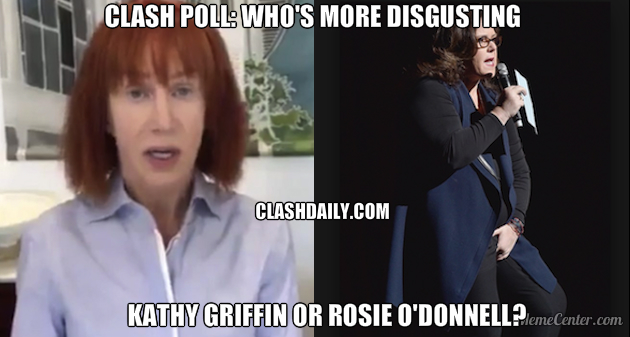