Comey has a smoking gun. Or he doesn’t.

Comey has been called a Drama Queen. This might be why.

As reported by Steve Benen’s (he produces Rachel Maddow’s show, so the ‘dispassionate professionalism’ he shows should come as no surprise), first quoting a NYTimes piece, and then editorializing it:

President Trump asked the F.B.I. director, James B. Comey, to shut down the federal investigation into Mr. Trump’s former national security adviser, Michael T. Flynn, in an Oval Office meeting in February, according to a memo Mr. Comey wrote shortly after the meeting.

“I hope you can let this go,” the president told Mr. Comey, according to the memo.

It’s important to note that the memo was contemporaneous with the events. This isn’t a case in which an aggrieved fired official, eager to punish the president who ended his career, is reflecting on a discussion that happened months prior; rather, this is an instance in which Comey kept a paper trail, documenting developments as they occurred.

The White House, not surprisingly, is denying the accuracy of the report – interestingly, the written statement from the West Wing wasn’t attributed to any one individual official – but given what remains of Trump World’s shredded credibility, it’s difficult to take the denials seriously. — MSNBC

In case you are having trouble picking up where Banon’s own shrill denunciations of Trump begin, it’s the paragraph beginning with ‘it’s important to note’.

At this point, we have not yet seen the Comey memo in question, though Congress is apparently taking an interest.

Reacting and assuming the worst, even though you haven’t seen it? Now why does that sound familiar…?

And he’s the producer of that exact same show. Oops. #CredibleNewsSource

But is there any “there” there?

Just because a guy emails himself something, does that mean it’s admissible in court? Isn’t that technically hearsay? You’d think an FBI director would know something like that.

But it’s more complicated than that.

If the memo is a lie? Then Comey is a liar. But if it’s real? Then he’s been obstructing justice. 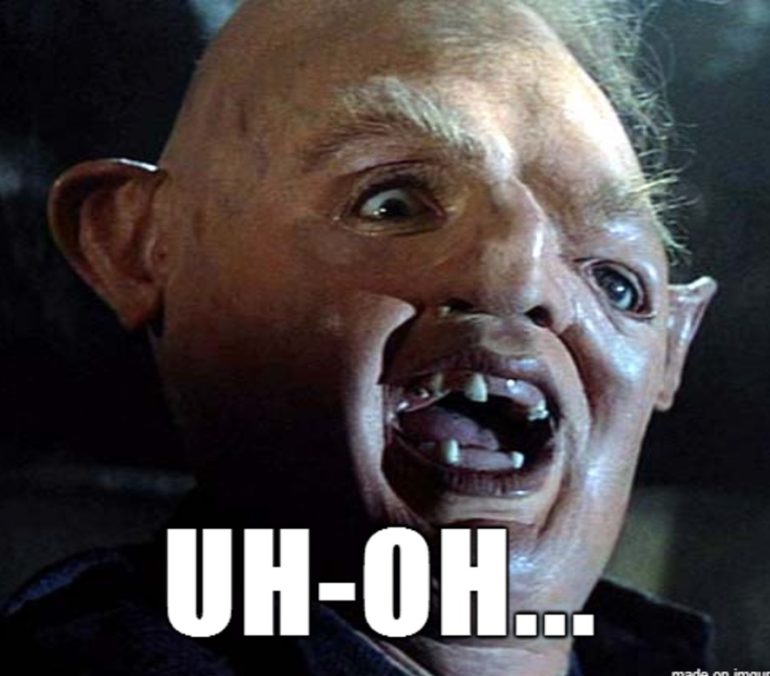 Now, only after Comey was fired, the memo magically surfaces in an inflammatory New York Times report which alleges that Mr. Trump asked Comey to end the Michael Flynn investigation.

Those who don’t know the first thing about the law immediately began hurling words like “obstruction of justice”, “high crimes and misdemeanors” and “impeachment“. Typically, these people don’t know what they don’t know.

Here is what we do know.

Under the law, Comey is required to immediately inform the Department of Justice of any attempt to obstruct justice by any person, even the President of the United States. Failure to do so would result in criminal charges against Comey. (18 USC 4 and 28 USC 1361) He would also, upon sufficient proof, lose his license to practice law.

So, if Comey believed Trump attempted to obstruct justice, did he comply with the law by reporting it to the DOJ? If not, it calls into question whether the events occurred as the Times reported it.

Obstruction requires what’s called “specific intent” to interfere with a criminal case. If Comey concluded, however, that Trump’s language was vague, ambiguous or elliptical, then he has no duty under the law to report it because it does not rise to the level of specific intent. Thus, no crime.

There is no evidence Comey ever alerted officials at the Justice Department, as he is duty-bound to do. Surely if he had, that incriminating information would have made its way to the public either by an indictment or, more likely, an investigation that could hardly be kept confidential in the intervening months. —FoxNews

Ironically, a DIFFFERENT MSNBC contributor is making a very different case than the one Maddow’s producer was making.

Here’s what I think is the bigger scandal: Someone at the highest levels of government has leaked information to the news media about President Trump’s discussions with Russian officials. That’s potentially a serious crime. And, this wasn’t the first time.

What all of the leaked stories have in common is that they were immediately beset with multiple leaks from highly placed officials meant to deeply defame President Trump. Once again, it’s important to note that a good deal of these leaks may, indeed, be illegal. The Espionage Act bans transmitting or communicating information “relating to the national defense” if the leaker believes the information could be used to harm the United States or aid a foreign nation. And it’s hard to see how these many leaks aren’t helping our enemies. MSNBC

Novak is alleging this is an attempted COUP.