Hey, Media (D) — it looks like you’ve been suffering from some memory lapses. You’d better get that checked out…

The ‘Red Scare 2.0’ that the Media (D) has been fanning the flames for looks like a dud.

It’s all based on anonymous leaks by a self-serving intelligence community, Comey’s recent note that surfaced after his testimony on May 3 that stated that he wasn’t being asked to halt an investigation, and the ginning up of ‘IMPEACH TRUMP!’ by the shriekiest of the shrieky Democrats. 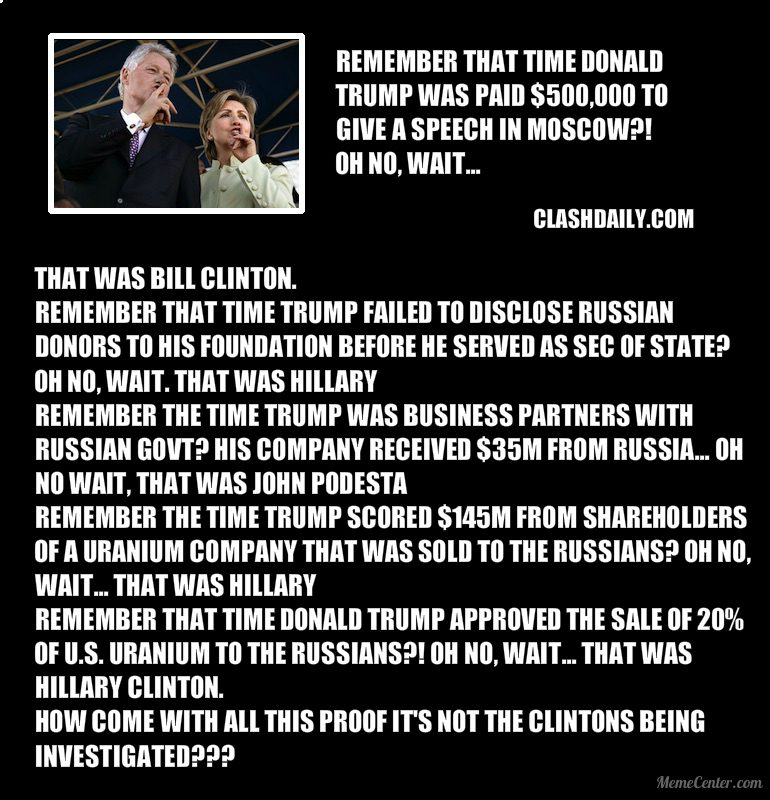 Maybe it’s because the Media (D) are nutless wonders that need to read this: