But Left doesn’t like strong, independent women… if they vote Republican.

Not that they’d ever use ‘strong and independent’ to describe Melania.

Because she’s just a ‘trophy wife’ who made the anti-feminist decision to stay home and raise her son.

It really doesn’t matter what Melania does, the Left will hate her for it.

We’ve got an answer for that for you, Melania: 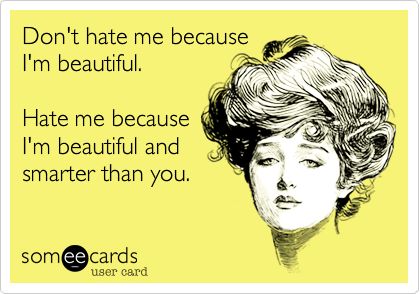 First Lady Melania is accompanying President Trump on his first foreign visit as President of the United States. The first stop is Saudi Arabia, and she’s doing it sans-headscarf.

The oppressive restrictions on women in Saudi Arabia are well-documented.

According to Human Rights Watch, not much has improved for Women and Girls in Saudi Arabia:

Saudi Arabia’s discriminatory male guardianship system remains intact despite government pledges to abolish it. Under this system, adult women must obtain permission from a male guardian—usually a husband, father, brother, or son—to travel, marry, or exit prison. They may be required to provide guardian consent in order to work or access healthcare. Women regularly face difficulty conducting a range of transactions without a male relative, from renting an apartment to filing legal claims. All women remain banned from driving cars in Saudi Arabia.

Following municipal elections in December 2015, 38 women were elected or appointed to councils with a total of 3,159 members across the country for the first time. In February, however, authorities ordered that the councils must be segregated by sex, with women members sitting in separate rooms away from their male colleagues and participating only by video link.

Saudi Arabia continues to discriminate against women and girls by denying them the same opportunities to exercise and play sports as men and boys. As of July 2016, most public schools did not offer physical education for girls and women were not allowed to attend or participate in national tournaments or state-organized sports leagues. But, in a positive move, on August 1, the General Authority for Sports, which functions like a sports ministry, announced a new female department. In August, four women represented Saudi Arabia in the Rio Olympics.

The President and First Lady were warmly welcomed by the Saudi King. Which is apparently an unusual occurrence.

First Lady Melania Trump disembarked from Air Force One Saturday, her long brown hair blowing in the breeze as she arrived in Saudi Arabia alongside President Trump.

The pair were greeted warmly at the King Khalid International Airport in the capital city of Riyadh, but the First Lady’s fashion choices are causing a bit of stir.

Under the kingdom’s strict dress code, Saudi women and female visitors including foreign dignitaries are expected to be fully covered — including their hair and head. While the first lady did mostly cover up in a conservative black ensemble and chunky gold belt, she opted to forego donning a headscarf or veil.

The Saudi Minister of Foreign Affairs said that the government doesn’t ‘demand’ that foreign women wear headscarves, but makes ‘suggestions’.

People are taking notice, and are weighing in.

Dan Lyman had a pretty priceless ‘Spot the Difference’ Tweet:

Psaki’s Snarky Response To Why Kamala Harris Is Not Going To The Border Is SHAMEFUL (Video)
April 12th, 2021 Conservative Firing Line