Why is Islam marked out for special treatment?

There are only two possible answers to this question and the Left won’t like either one. But face it, they have a different standard for treating Islam than they do anyone else.

Contrast it to, say, Christianity. They are more than happy to malign Christians, defame Christ, and desecrate Chrisitan symbols. In fact, many Pro-left marches actively denounce Christianity in their placards. 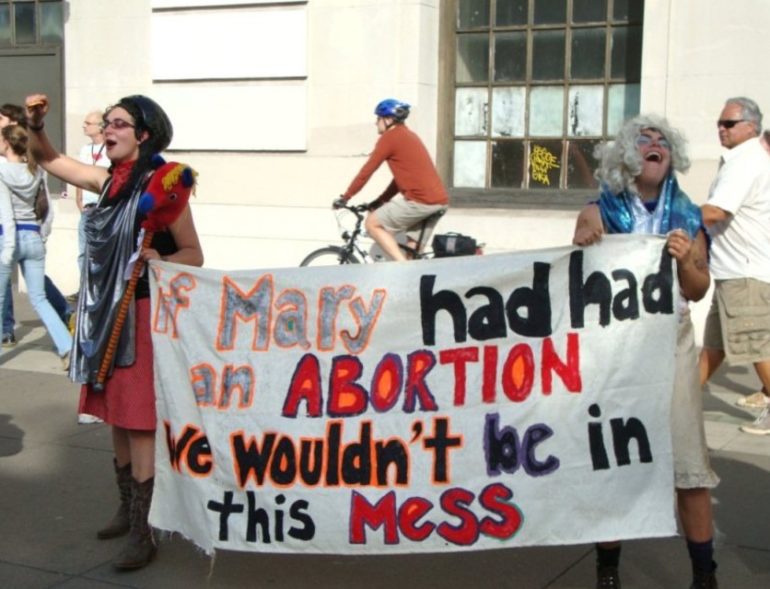 Their Mensa cards are in the mail, to be sure.

But would these same people DARE to have that same sign, say at Ground Zero, and replace ‘Mary’ with ‘Mohammed’s mom’?

No. Because Islam needs ‘special protection’. But WHY?

The first possibility is that Muslims are somehow inferior, more fragile, and unable to stand as equals in a pluralistic society like ours.

The second possibility is that Muslims (for whatever reason) are somehow more easily offended, and dangerous when pissed off.

Ask that Danish cartoonist about ‘dangerous when pissed off’.

Well, you could ask him if he were still alive to answer questions.

Because if the Secular Left REALLY believed they were our equals, they would play just as rough with Islam as they do with the rest of us.

Here come the objections… “but not all Muslims”…

Before you finish that sentence, you’re going to need to watch this. PEW research facts. You won’t like it, but you need to hear it, and CNN would NEVER say it. (See reasons 1 and 2, above) You’re welcome.

We’re not the ones who need convincing.

We’re beginning with the assumption that Mohammad and his boys are big enough to look after themselves.

But his followers can look after themselves.

The Left doesn’t actually HAVE respect for Muslims as adults. They have to dance around the things they disagree with. Make excuses. Blame-shift.

But Conservatives and Christians? They obviously think WE are mature enough to take criticism like a man.

Menwhile, Tarek Fatah (Himself a Muslim) calls out such cowardly leftists… first by acknowledging the connection itself:

IslamicState #ISIS in #Philipphines kills 21 in rampage. Of course Immi-aunties say, "nothing to do with Islam." https://t.co/CDVjq02OAn

And second for shaming those who won’t:

At least He is looking at solutions:

If a Mulsim man can speak the truth…

Why can’t a leftist?