These pictures of the ‘peace-loving’ Pope are certainly telling…

Author, speaker, and an expert on the dark history of the Castro regime, Humberto Fontova, points out that the images of the Pope meeting President Trump look a whole lot different than when he met with the Castros.

Here is Pope Francis with Fidel: 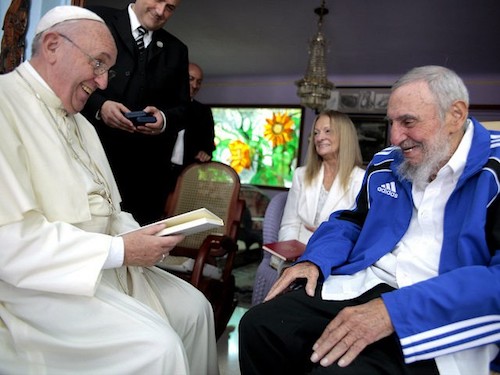 And here he is with Raul: 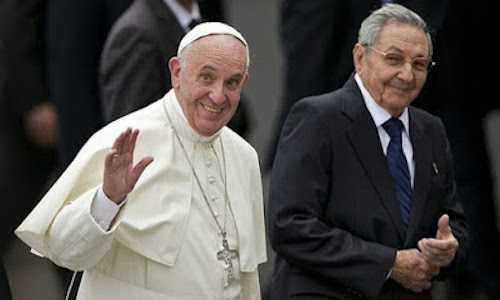 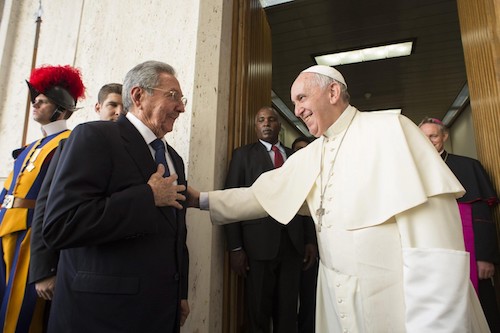 And here is the same ‘peacenik’ Pope with President Trump: 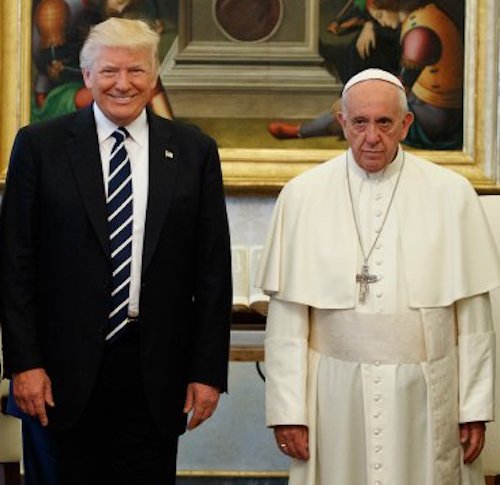 Do YOU see a difference?

Now, here’s a little reminder of the lecturing that Pope Francis has been giving President Trump about ‘peace’.

“It is my desire that you become an olive tree to construct peace,” the Pope said (to Trump) , speaking in Spanish. Francis also gave Trump a signed copy of his 2017 peace message whose title is “Nonviolence – A Style of Politics for Peace.”

That same ‘peace-loving’ Pope was near giddy when meeting with Raul, a Stalinist dictator that personally murdered dissidents. Oh, and some of those dissidents were Catholic.

Here is Raul back in the day blindfolding a victim of the regime to face a firing squad. 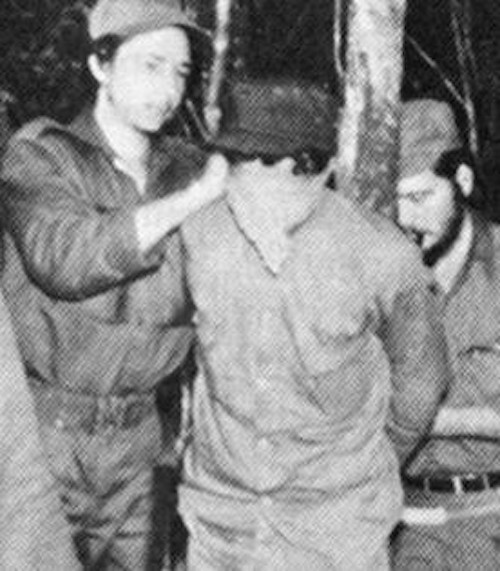 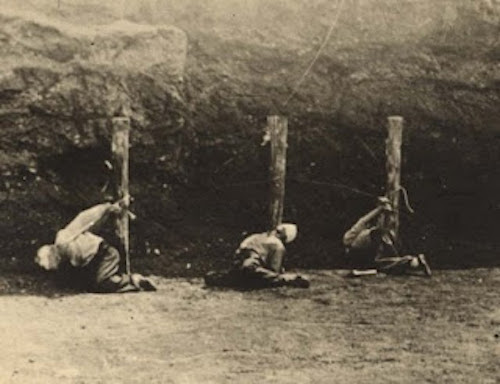 And did you see how pleased the Pope was to meet with Fidel?

The man that jailed, tortured and exiled Catholic priests and nuns, and put Catholic youths in front of firing squads. These brave souls that were blindfolded shouted ‘VIVA CRISTO REY!’ (‘Long Live Christ the King!) in their last moments.

But, hey, why let a little murdering of Catholics ruin your worldview, amirite?

We’ve got to take a stand for all that’s good an right in this world and against the wrong-think of those horrid conservatives like President Trump!

The Argentinian Pope, is a big fan of the regime that was co-founded by fellow Argentian, (and bad hombre) Che Guevara.

‘We reject any peaceful approach! Violence is inevitable! To establish Socialism rivers of blood must flow! If the nuclear missiles had remained (in Cuba) we would have fired them against the heart of the U.S. including New York City. The victory of socialism is well worth millions of atomic victims!…Hatred is the central element of our struggle!’

Did that make it into the Pope’s book, I wonder?

Maybe it’s a good thing that the Pope is showing the world where his allegiance lies.