In the wake of the Manchester terror attack, let’s remind you of what Hillary said in November of 2015 when she was seeking support for her Presidential bid: 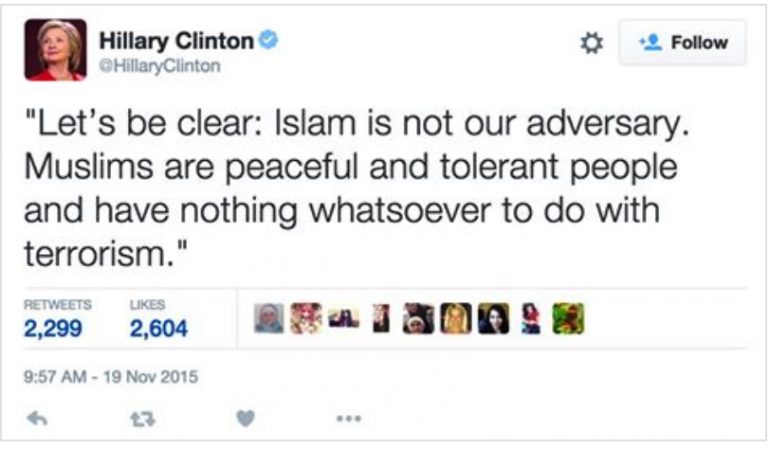 In his address to Muslim leaders in Saudi Arabia, he made it clear that the onus is on them to ‘drive out’ the ‘evil losers’ in their midst.

Hillary would just be shrieking ‘not all Muslims’.

Who exactly says all Muslims?

But maybe there’s something about Islam itself.

Here is a video of a rather heated exchange between two Australian Muslim leaders — one says that Islam needs a Reformation because of its jihadi nature, the other is a leftist like Hillary:

Did that Imam say ‘all Muslims’?

Did he say Islamic texts are the problem?

Does that make him ‘Islamophobic’?

No, that makes him honest.

And worthy of commendation.

As for that ‘leader’ in Sydney’s Islamic community, we’ve got something for you, Hillary, and all the other leftists that refuse to acknowledge the link between Islam and terror: