Don’t you EVER forget…

Here at ClashDaily, we support our military and our veterans.

For all the young pups out there, here’s one awesome reason why: 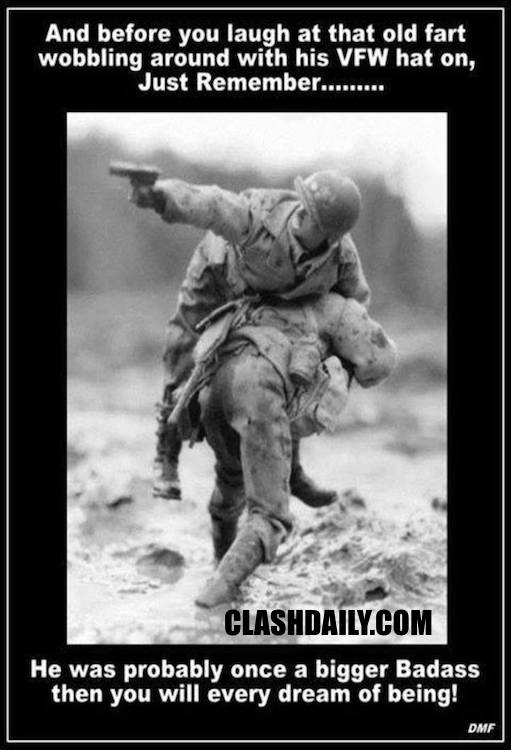 And before you order that next Venti double-foam, half-caf vanilla bean latte with soy, consider that Starbucks has realized that Veterans are worth supporting.

The always seeming to be on the Left side of the issue, Starbucks.

The one that is always looted and smashed up in every Berkeley riot.

Remember when they pledged to hire 10,000 refugees?

Well, they’ve decided to open up a chain of ‘Military Family Stores’.

And we’ll give them credit where it’s due.

The omnipresent coffee chain is opening a chain of 37 “Military Family Stores,” staffed primarily by veterans and military spouses as a part of an effort to employ service members and their families.

In Clarksville, Tennessee, two miles from Fort Campbell, the first store opened as Shannon Feltz poured coffee for a group of veterans sitting at a table.

“Seventy-five percent of my business is the military,” 47-year-old Feltz, a 14-year military spouse whose husband is a staff sergeant in the U.S. Army, told Fox News. “We are so excited about this announcement.”

Feltz said she’s “never felt so supported by a company in my life.”

This is fantastic news for the many unemployed veterans.

According to the Bureau of Labor Statistics, there were 453,000 unemployed veterans in the United States in 2016.

The stores are part of a broader initiative to provide thousands of jobs to veterans and their family members – while also serving as de-facto community centers where current and former service members can connect, share stories, and support each other.

The company said they’re committed to hiring 25,000 veterans and military spouses in the next eight years. They currently employ more than 10,000.

“Long after leaving active duty, they continue to vote, volunteer and serve their communities at a high rate, serving as the best examples of citizenship,” Kelly said. “We are honored to serve as a place where these American heroes can continue to impact their community in a positive way.”
Read more: The Federalist Papers Project

Congrats on doing the right thing this time.

Looks like one of the Starbucks higher-ups grabbed one of these: