One tweet gets ‘liked’ and all the internet Trolls come out to play.

The Left is in a bit of a frenzy over something that seems a little … overblown? Here’s what happened.

Whoever was in control of Melania’s account ‘liked’ a tweet that put the First Couple’s marriage in a bad light. 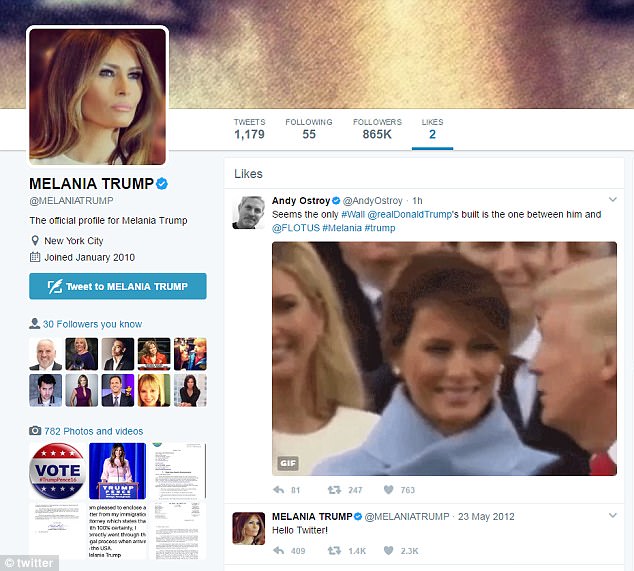 Was it ‘liked’ by Melania herself, or one of her aides?

Was she ‘hacked’ by someone who wanted to make her (or at least, her husband) look silly? Or was this a case of someone ‘liking’ something they had only skimmed, without comprehending the content?

Either way, the Left is trying to get some mileage out of this one.

However, another one of his followers pointed out to him that it is her official account asking if he had a connection with her.
‘Hmmm…I guess I do now…’ Ostroy replied.
Social media users had a field day over the tweet being liked by her personal account as many were in shock over the incident.
David Barden shared a gif of Kim Kardashian looking coy and wrote: ‘@MELANIATRUMP the beauty/horror of a screenshot is that it lasts forever.’
‘For as much of a Twitter troll Trump is, Melania liking this tweet just might be the best trolling of 2017 so far,’ Twitter user Mike Zacchio wrote. — DailyMail 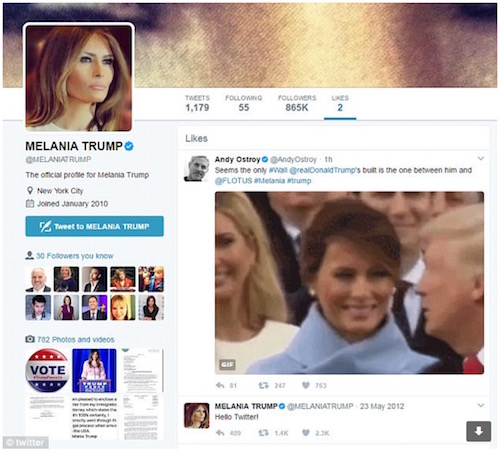 A marriage that we have no reason to believe is anything other than happy, there’s a whisper campaign about it being on the rocks?

Are these the same people who tried DESPERATELY to distract us from the rape allegations Juanita Broderick had about the Democratic nominee’s husband? Who threw Ms Lewinsky under the bus to preserve the image of an idyllic marriage between Bill and Hillary?

It was the same crowd that defended John Edwards even though he not only had an extended affair while his wife battled cancer… but created a bogus cover-up story.

And Huffpo ran this: So John Edwards Had An Affair — Grow Up

Did you not have any REAL news to report?