Even BIDEN never said anything THIS stupid! 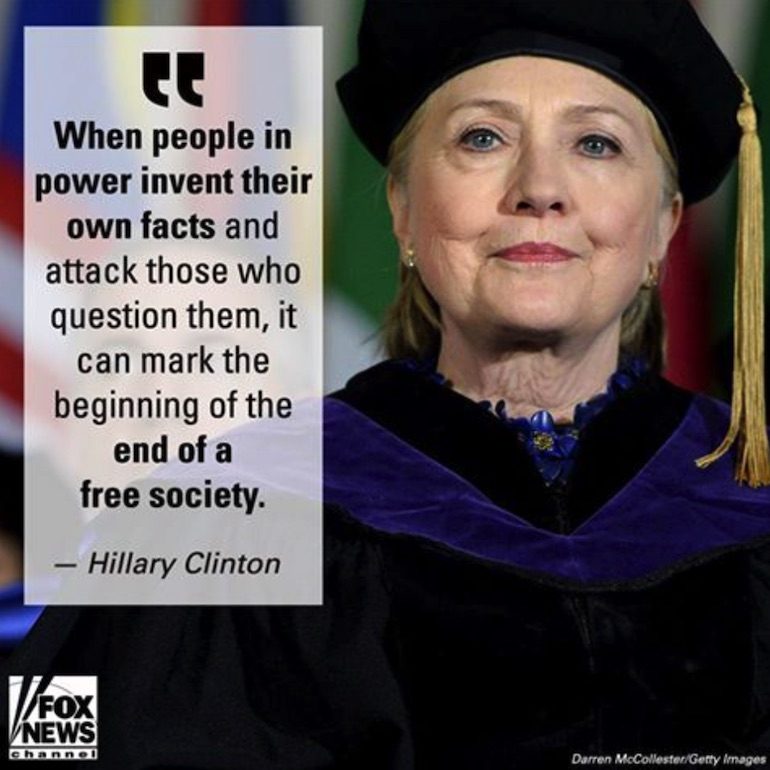 When people in power invent their own facts…?

Your last name is LITERALLY synonymous with deceit. No really. Look up ‘Clintonian’.

Remember when she didn’t lie, but rather ‘Short-circuited‘?

Or when she stood in front of those caskets from Benghazi and blamed a video for sparking the violence that killed them? … and then called a Gold Star mom ‘a liar’?

And her lies about the sniper fire… and the pneumonia (?) … the list goes on and on.

She LITERALLY promised a job extension to the Attorney General WHILE being investigated by her for criminal mishandling of classified documents. And her husband had a clandestine off-the-record-meeting with the AG that was THE catalyst (or so said the FBI director) for the PRECISE Comey announcement she keeps moaning about.

Hillary has had some sort of access to political power literally since the 1980s. She and her husband, between them, have been in the Governor’s mansion, the White House, NY Senate, and Secretary of State. She was a whisker away from being back in the White House, after cheating her way past Bernie, and almost being dragged over the finish line by a complicit media.

If anyone is a ‘person in power’ … it’s Hillary.

Attack those who question them?

Ask Hillary about ‘vast right wing conspiracies’ and ‘misogyny’. And about that fake story about an intern and a blue dress. Ask her about the war room for ‘Bimbo eruptions’. Or a hundred dollar bill in a trailer park.

Do you REALLY think there were only two people interested in running for leadership of the Democrats? Or did everyone else know that running against a Clinton is a good way to find a proverbial horse’s head in your bed.

This quote is a joke from beginning to end.

There’s a psychological term for what Hillary is doing here.