Pretty girl — not too bright, though.

In the wake of a brutal terror attack that targeted young girls attending a pop star’s concert in Manchester, Katy Perry has weighed in.

And it’s just as stupid as you would imagine.

If ignorance is bliss, then Katy Perry must be the happiest person on Earth.

What did the songstress say after the heinous act of terror — that killed 22 people and injured more than 100 others— committed by an ‘evil loser’?

The same leftist pap that’s given rise to terrorism.

Perry goes further than the typical ‘bumper sticker’ wisdom, though: we need to ‘unite and love each other. No barriers, no borders, we all just need to coexist‘.

From her interview Tuesday on Elvis Duran and the Morning Show:

“Whatever we say behind people’s backs, the Internet can be a little bit ruthless as far as fan bases go but I think that the greatest thing we can do is just unite and love on each other,” Perry said, adding, “No barriers, no borders, we all just need to co-exist.”
Read more: Breitbart 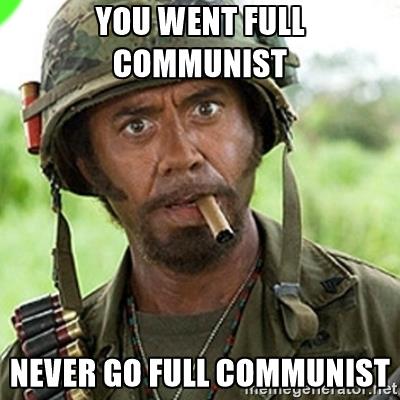 Did you know that Katy Perry has been in a two-year battle to purchase a sprawling Catholic convent in L.A. to turn it into her private residence? The Sisters of the Immaculate Heart of Mary had been fighting her on the purchase of the 8-acre multi-building property, but the courts have given Perry the green light to make the purchase.

And guess what it has in front of it?

You can see it here. 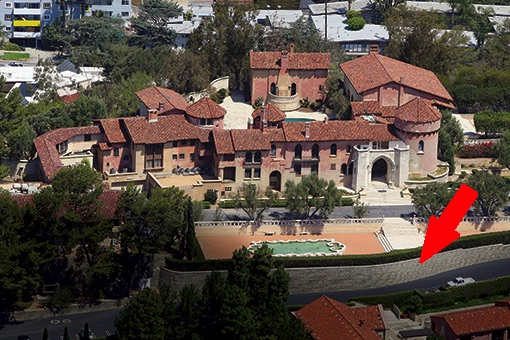 In a shock move last month, though, Perry purchased a different sprawling property that’s secluded by undeveloped land and has massive gates. 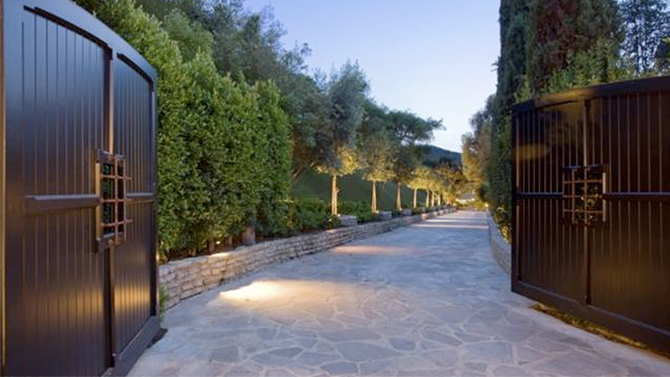 The two-story transitional contemporary of 5,427-square-feet sits behind massive gates at the end of an approximately one-quarter mile long, flagstone paved drive with off-street parking for upwards of 20 cars. Marketing materials from when the property was last available on the open market in 2009 at $16.5 million show there are five bedrooms, 5.5 bathrooms, and three fireplaces. Walls of glass open the high-ceilinged interior spaces to shaded verandas and open patios that give way to lushly landscaped grounds that offer thick carpets of rolling lawns and a double-edged infinity pool with serene view into the heavily wooded canyon.
Read more: Variety

Is that to keep people out, Katy?

I thought we shouldn’t have ‘barriers’ or ‘borders’.

So, riddle me this, Katy: if a country doesn’t enforce border laws, why would they protect an individual’s property rights?

And I guess this means that you won’t be selling tickets to concerts anymore because limited seating isn’t ‘unifying’.

Maybe we shouldn’t buy your albums either — we could just all ‘share’ them. That would show more love, dontcha think?

Katy Perry must have one of those ‘coexist’ bumper stickers on her tour bus.

But it’s probably not this one: 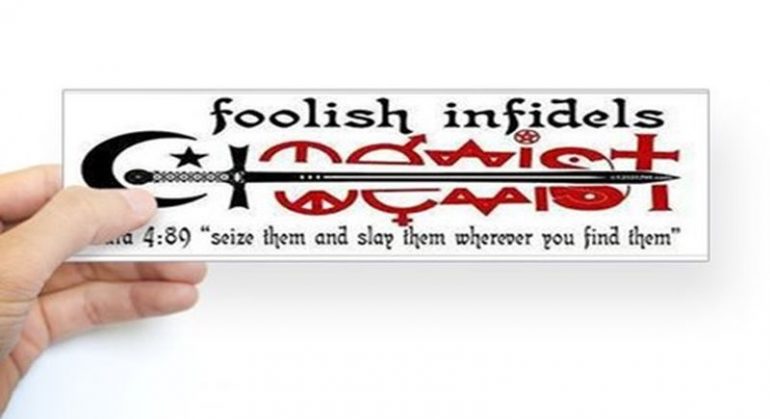 Hate to break it to you, but that coexist crap is nothing but a myth:

But then, what else would you expect from Katy?

And we’re thanking God that Hillary didn’t become President despite all of Katy Perry’s campaigning.