If only they had looked at the computer models…

The Denver Climate March had to be canceled because of a blizzard and rescheduled for Sunday.

Here are a few of the die-hard climate activists. One with the most ironic sign ever: 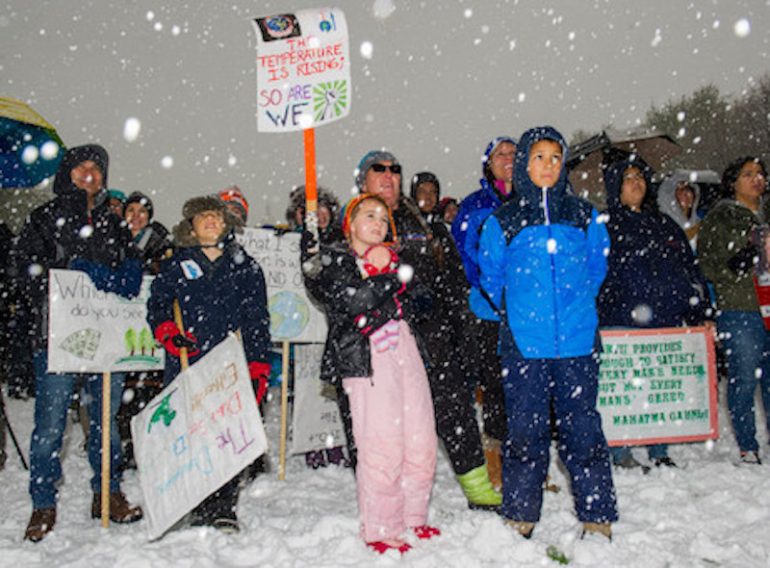 Or maybe it’s that guy’s sign on the right that’s the most ironic: 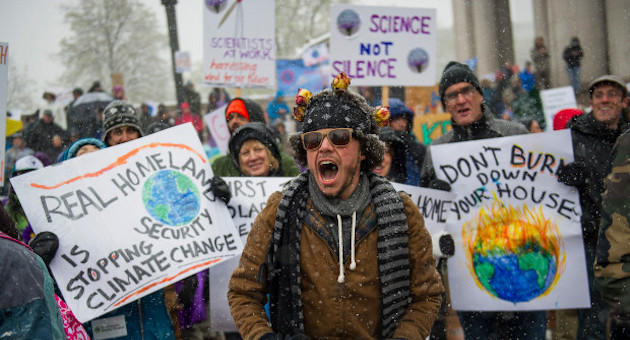 Here they are at the Denver Civic Center Park: 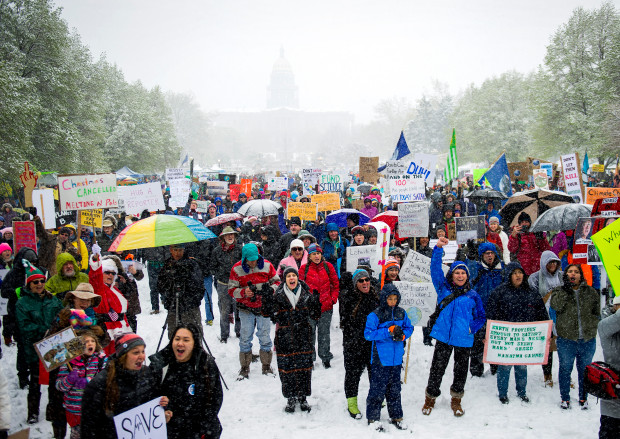 Leonardo DiCaprio made it to Washington D.C. to protest with ‘the people’.

DiCaprio, — despite his jet-setting lifestyle that literally includes a private jet — is a big climate change activist. He insists that we all change our behavior for the good of the planet. He’s Big Hollywood, though, so he doesn’t have to change his ways. With his affinity for private jets and big yachts, his carbon footprint is closer to that of a small, developed country than the average American’s, but he planted trees in Mexico to offset that, so it’s okay. I’m sure this time he used his private jet that runs on hope and dreams rather than fossil fuels.

But he was in Washington, D.C., not Denver.

The march in Denver had to be canceled because there was a foot of snow.

But hey, think of the skiing!

The so-called Climate ‘Deniers’ had a blast on Twitter:

“The people” will be marching in a foot of snow tomorrow in Denver to protest global warming.https://t.co/Omtr4KhCec pic.twitter.com/V5lIIW1M9G

Climate Marches in Denver and Colorado Springs today had to be cancelled because of snow. https://t.co/CA0R8Lnbe8 #BillNyeSavesTheWorld pic.twitter.com/UUUPEOTFeZ

But there’s always that one guy that says that ‘weather’ is unrelated to ‘climate’:

You do realize that snow is an occurrence of weather, and not climate, right? Snow in Denver is not evidence against climate change. https://t.co/FNDK6530ZR

So, what’s the difference?

The problem is that the ‘settled science’ has been constantly shifting.

First, it was ‘Global Warming’ but when the warming stopped in 1998, it shifted to ‘Climate Change’.

It kinda makes it hard to believe.

Maybe the ‘97% of scientists’ that agree on anthropogenic climate change are also part of this organization:

To all those stars like Leo DiCaprio, Pharrell Williams, Emma Watson, Emma Thompson and all the others that demand we bow to their worldview while they own multiple houses, jet-set all over, and burn fossil fuels living like hypocrites:

They all need to read this:

Trump has flipped the 9th Circuit — and some new judges are causing a ‘shock wave’
February 25th, 2020 Liberty Unyielding

Former Clinton Adviser Dick Morris Suggests There is a ‘Scheme’ to Give Hillary the Nomination
February 25th, 2020 The Mental Recession