Awwww! I guess there IS such a thing as bad publicity.

The Mizzou enrollment was already down for this past school year.

ClashDaily has reported on Mizzou and the crazy racially charged never-ending protests from 2015/16 that caused the drop:

BUSTED: Here’s Proof That The Mizzou Protesters Are The REAL Racists

Enrollment is down again this year.

And it’s an even bigger dip.

The University of Missouri-Columbia is expecting at least a 14-percent decline in incoming freshmen this fall, resulting in its smallest class in nearly two decades.

Administrators project that about 4,000 freshmen will enroll in August. That’s down by about 700 students from 2016 and significantly lower than in 2015, when more than 6,000 enrolled.

The shrinking numbers have been tied at least partly to the protests on campus in 2015 that followed reports of racism on and near campus.
Read more: St. Louis Post-Dispatch

And to add salt to the wound, they have to not just cut their budget, but reduce staffing.

Amid budget cuts and an anticipated 7.4 percent drop in enrollment, leaders at the University of Missouri-Columbia are expecting to trim about 400 positions.

Most of the jobs would be cut through attrition, with fewer than 100 layoffs projected. Interim Mizzou chancellor Garnett Stokes announced the budget details at a campus forum Monday.

Mizzou has already said it is expecting its smallest freshman class in two decades. The enrollment drop discussed Monday is the first estimate pertaining to the school’s entire enrollment.

The loss of students would result in about $16.6 million less in revenue. Leaders hope to make up about $7 million of that through a 2.1 percent increase in tuition.

Mizzou, along with other schools in the University of Missouri system, has been asked to present proposals that would cut 8 percent to 12 percent of their budgets.
Read more: St. Louis Post-Dispatch

Looks like all that race-baiting didn’t work out so well for Mizzou.

But since these colleges insist on coddling students, ClashDaily would like to award Mizzou a ribbon for their effort in boosting enrollment this year. 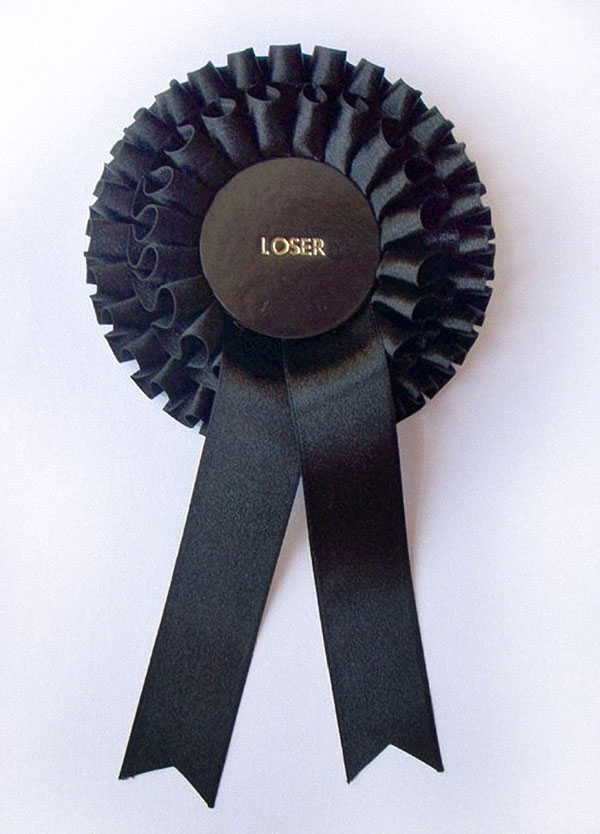 Look at that! It’s black and everything!

Congratulations on making yourself irrelevant as an institution of higher learning!

Keep up the good work!